Swiss Cross fancied to celebrate landmark in style at Lingfield 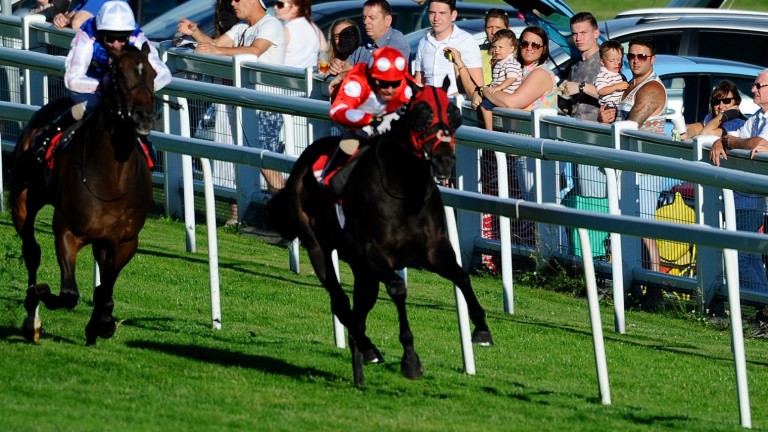 Owner Steve Jakes is planning to mark the 100th outing of his stalwart Swiss Cross at Lingfield on Tuesday afternoon with a commemorative cake that will taste even better if he can register his tenth win in the Betway Handicap (1.25).

Not many horses go off favourite on their 100th run, but the Phil McEntee-trained nine-year-old looks likely to be near the head of the market after dead-heating over seven furlongs at the Surrey circuit last time.

Swiss Cross started his career with Gerard Butler, for whom he finished fifth on his debut at Nottingham in 2009. He registered his first win later that year and the eighth of his nine victories came in a race in Jersey this summer, something McEntee reckons has seen him turn a corner.

The Newmarket trainer said: "Swiss Cross has taken us to all the big parties at the likes of Goodwood and Epsom on Derby day and it's testament to his soundness that he's still going strong. He was a bit out of form earlier in the year so Steve Jakes let me run him in Jersey in August to try and get his head back in front. He bolted up there and has not looked back since. He has a favourite's chance at Lingfield."

McEntee is in familiar territory in the 100 club as he has had the likes of Jonnie Skull and Putin reach the milestone before. He added: "I've now had five horses who have reached the century and these old geldings just love the game. We'll keep Swiss Cross going and maybe head back to Laytown with him next year as he loves travelling."

FIRST PUBLISHED 2:28PM, NOV 14 2016
He bolted up there and has not looked back since. He has a favourite's chance at Lingfield