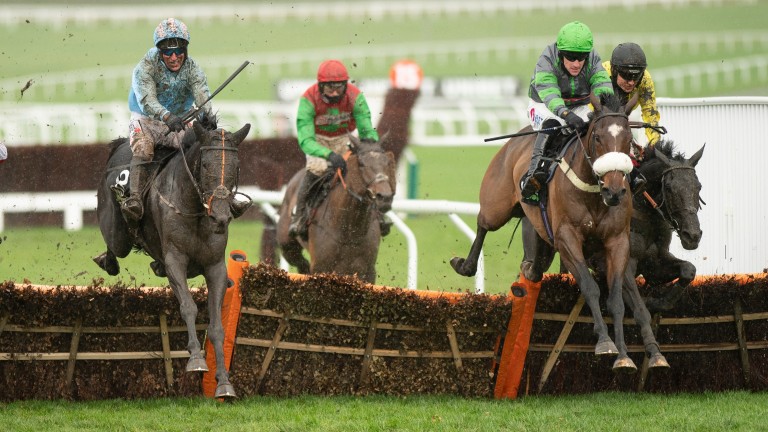 Ballinsker (noseband): was a well-beaten eighth in the Swinton Hurdle at Haydock last time
Edward Whitaker
1 of 1
By Graeme Rodway and Matt Rennie 6:00PM, MAY 23 2021

The Irish were so dominant last season that it was hard to pin down a standout performance from a British-trained hurdler, but that has not been the case since the new campaign started.

Copperless delivered a demolition job when landing the Swinton Hurdle at Haydock, doing proverbial handsprings, and the first test of the strength of that form comes in this handicap.

Fresh air might have finished second to Copperless that day and he had them all toiling in behind, but that was in part possible because the race was run at a solid gallop which was set by Ballinsker, who paid for his early exertions with a slow motion finish, 32 lengths behind in eighth spot.

Nevertheless, Ballinsker was still bang in contention coming to the second-last flight and he ran well considering the soft ground had gone against him. He is best suited by faster going.

An unusually wet spring won't have been what connections were hoping for and Ballinsker will again have to contend with going on the soft side of good, but it is unlikely to be as testing as it was at Haydock and he may face less competition to lead in this weaker event.

Having said that, there are other pace angles in the line-up, notably Chasamax and Diva De Vassy, who both made the running before finishing well beaten on their respective last runs.

That might set the race up for overnight market leader Takeit Easy, who had subsequent dual hurdle winner and recent Chester Plate third Hydroplane well held in second when scoring over course and distance in March and has somehow escaped with a lenient-looking 3lb rise.

Rider Gina Andrews takes over from Kielan Woods, and her 3lb claim offsets the extra weight so Takeit Easy appears to have outstanding claims from a handicap point of view. 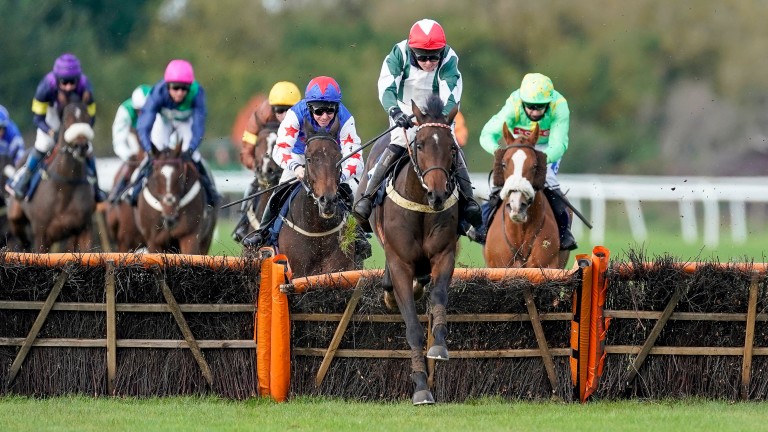 Charlie Longsdon, trainer of Jamacho
He's in grand form. He's been struggling off a high handicap mark but he's slowly coming back down in the ratings. I've seen stronger 0-130 handicaps and I'm hopeful that he can run a fine race.

Evan Williams, trainer of Ballinsker
He didn't run a bad race last time, but I did expect him to run a bit better than he did. He's one who has always promised to run a good race in a good handicap, but it could be time to jump a fence, which we'll think about doing after this race.

Pam Sly, trainer of Takeit Easy
He's going okay at the moment. Kielan Woods was going to ride him, but Gina Andrews needs only one more win to lose her claim and it would be special if he could do it as she has ridden for me since she was 16. Hopefully he can get it done.

Alastair Ralph, trainer of Inn The Bull
He's very well and in good order. We ran him a bit too quickly from his run before last, but he's come around in good time and is back to himself. He'll love the track and the ground and I expect him to run a big race.

FIRST PUBLISHED 6:00PM, MAY 23 2021
Ballinsker was still bang in contention coming to the second-last flight and he ran well considering the soft ground had gone against him