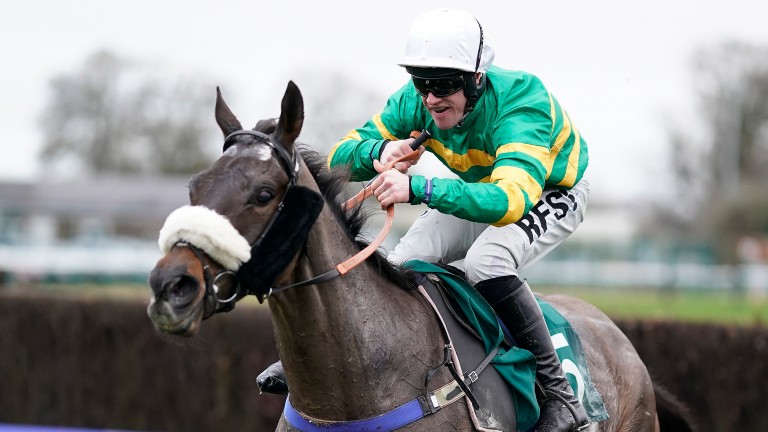 Tom Lacey might train better horses than Kimberlite Candy, but the likeable gelding will seemingly hold a place in his heart forever – especially after he dispelled doubts about his constitution by relishing a typically brutal running of Warwick's best race.

A son of Flemensfirth, Kimberlite Candy won two minor hurdle events in fine style towards the end of 2016 just when Lacey, who trains on a beautiful countryside estate in Herefordshire, was making a name for himself.

A former point rider whose apprenticeship came under the Queen Mother's pre-trainer Captain Charles Radclyffe, Lacey had a spell in Lambourn as head lad to Brian Meehan and forged a reputation as a force when it comes to producing exciting young jumps talent.

The switch to full-time trainer came as a result of some point-to-point protocol – "the traditionalists don't want commercial four-year-olds running in maidens, which is a shame because there's room for everyone" – and Lacey was enjoying arguably his biggest victory.

"It's up there with those," he said, recalling a brace of Grade 3 strikes at the 2018 Grand National meeting with Thomas Patrick and Jester Jet.

Merseyside is also likely to be on the agenda for Kimberlite Candy, who benefited from a fine Richie McLernon ride and is 25-1 with Paddy Power and Betfair for the Randox Health-backed big one in April.

That is something connections can dream about after the JP McManus-owned stayer followed up his smart second in last month's Becher Chase, which was less certain than his 9-2 odds suggested.

"He's a very special horse," said the laidback Lacey, letting a hint of emotion to creep into his voice.

"We bought him as a three-year-old at the sales and he's won his races every year and it's really nice today he's backed up his run in the Becher at Aintree, which is something he's never done.

"The pattern's there – he's never backed up a good run, but he's a different horse now. He's a year older and everything he does in his work he's taking better, whereas before he was always behind the bridle at home. I think he's the finished article now." 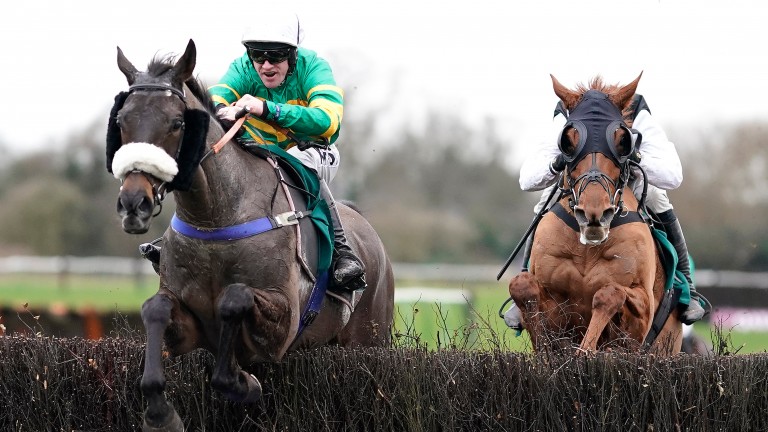 Ridden handily, Kimberlite Candy led after the last and powered to a ten-length margin from longtime leader Captain Chaos.

"Richie got him into a lovely rhythm and said he didn't jump as well as he can, but whether that was the ground or coming back to these fences from Aintree's National ones and having a little look at the take-off boards I don't know," Lacey added.

"We'll see about Aintree and the National as he's ground-dependent; it'd have to be soft. He'll go up after that, but it's an option."

It is an option McLernon would almost certainly relish.

"I'll let JP and the team make that call but I'm just happy to ride him," said the jockey, who has few complaints with his lot this term.

"Touch wood, things are going well. My best campaign was 35 winners and that's my 30th this season, so we're on target for a good haul, but I've got a lot of good people around me, including JP, who's a great supporter, his racing manager Frank Berry and AP [Sir Anthony McCoy]."

Things for McLernon – and Lacey for that matter – will get even sweeter if Kimberlite Candy provides a National treat to savour as well.

Fantastic Frodon bounces back to form in Silviniaco Conti Chase

Is this the horse to dethrone Paisley Park? Fry excited about Cleeve Hurdle bid

FIRST PUBLISHED 3:18PM, JAN 11 2020
We'll see about Aintree and the National as he's ground-dependent; it'd have to be soft