Talk of the Tracks Naas 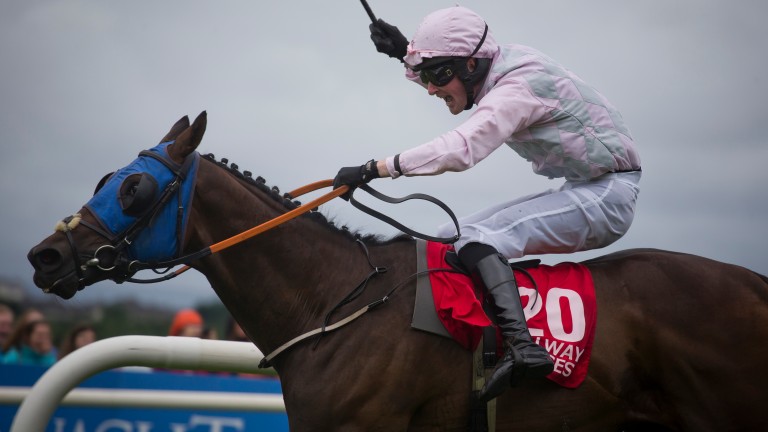 Swamp Fox, one of the most versatile horses in training, landed the last major race of the Irish turf Flat season, the November Handicap at Naas.

In a dramatic finish, Joe Murphy's five-year-old held on by a short head from the always prominent Highland Fling, with the fast-finishing Western Boy back in third. Little more than a neck separated the first three home.

Lord Erskine, the well-supported favourite, faded tamely in the home straight after racing in fourth place for much of the race.

She's A Star led the 16-runner field for much of the way, with Highland Fling in a close second. The complexion of the race changed when the former weakened about three furlongs out and Swamp Fox took it up under Gary Carroll. However, Highland Fling stuck with him and it was a battle all the way to the line with Western Boy – better known for his exploits over hurdles – finishing well on the outside.

Swamp Fox, the 6-1 second favourite, fully deserved this big pot having finished runner-up in the Connacht Hotel Handicap and the Galway Hurdle at the Galway Festival. He also performed well when sixth in the Cesarewitch at Newmarket last month.

A return to hurdles will almost certainly beckon now.