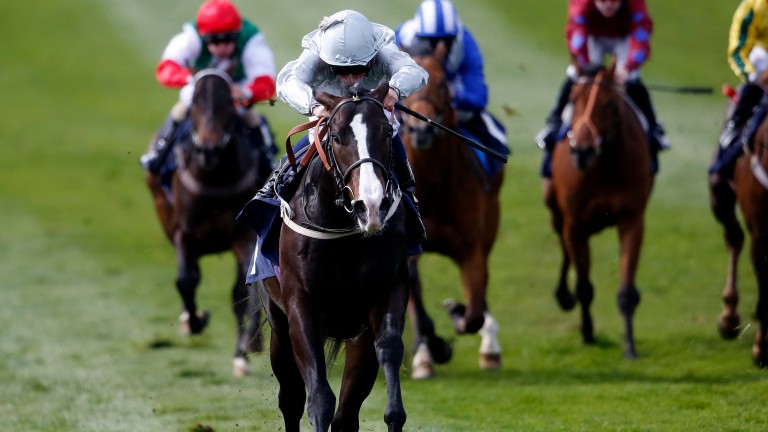 Sutter County attempts to get the wheels back on his Good Friday challenge when he takes on five rivals in the penultimate fast-track qualifier of the three-year-old sprint series.

An 8-1 chance with Betway for the final on all-weather championships day - which takes place at Lingfield on Friday, April 14 - Mark Johnston's speedster is top rated in this race and is back up in trip after his close third in the previous qualifier over five furlongs at Wolverhampton last month.

Sporting the colours of Sheikh Hamdan Bin Mohammed Al Maktoum, Sutter County has the outside draw in stall six, right next to the hat-trick seeking Munro who will carry new silks after being bought privately by Hong Kong owner Ronnie Arculli since his latest win.

Ralph Beckett's improver has 19lb to find with Sutter County but looked very much on the upgrade when accounting for subsequent winner Zamjar over this trip at Lingfield last time.

David Evans, who runs Letmestopyouthere, won this last year with Gracious John who went on to finish sixth in the final

David Evans, trainer of Letmestopyouthere
These races are not filling at the moment so we thought we might as well have a crack at getting some prize-money. He's pretty versatile as regards trip but we aren't expecting to go to the final with him unless he improves 15lb.

Ralph Beckett, trainer of Munro
He's in good shape and racing for a new owner. This is obviously a big step up in class for him, but the track and trip will suit him.

William Haggas, trainer of Second Thought
He's a bit inexperienced but is a nice type who we have always liked. His maiden win at Wolverhampton has not worked out but he has worked well at home since.

Richard Hannon, trainer of Tomily
He's not run on the all-weather for a while but is ready to start off and this looks the right race for him.

FIRST PUBLISHED 6:00PM, JAN 16 2017
He's a bit inexperienced but is a nice type who we have always liked. His maiden win at Wolverhampton has not worked out but he has worked well at home since