Latest BACK OR AVOID?

'Surely 5-2 is a joke?' - the claims of six Royal Ascot favourites assessed 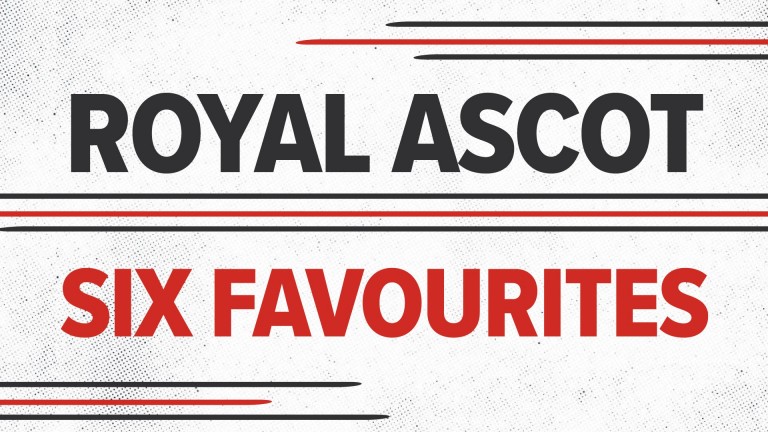 Royal Ascot kicks off on Tuesday and a number of short-priced favourites look sure to be in attendance. But just how solid are they? Two of our top tipsters, Graeme Rodway and Richard Birch, face off and assess their big-race claims. 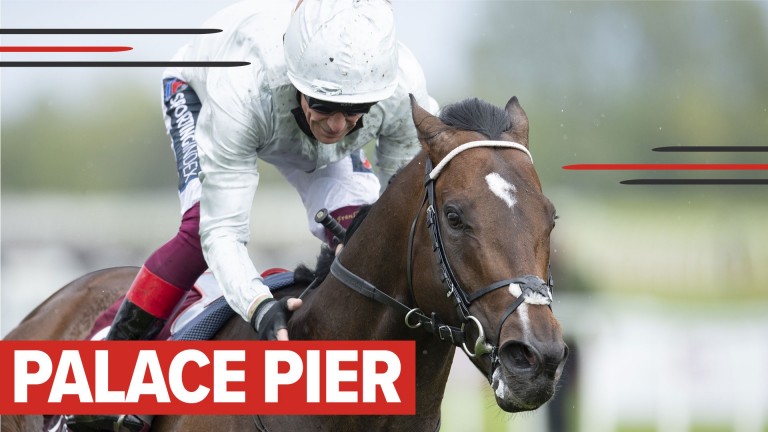 Richard Birch:Back. G-Rod must be more desperate than a travel agent to oppose him! Every way you look at this race Palace Pier looks a class above. You just know Team Gosden will enjoy a great week– they have the best selection of horses in Britain– and this richly talented colt can get them off to a flier.

Graeme Rodway: Avoid. Come on Birchy, where's the fun in backing odds-on favourites at Royal Ascot? This is the time to go for the big one and Palace Pier makes the market for a bet on something at bigger prices. He is in a different class judged purely on ability, but was well below form on his only start on the straight track at this course on Champions Day last year and all his best form has come on going with soft in the description. It will be a good bit quicker on Tuesday. 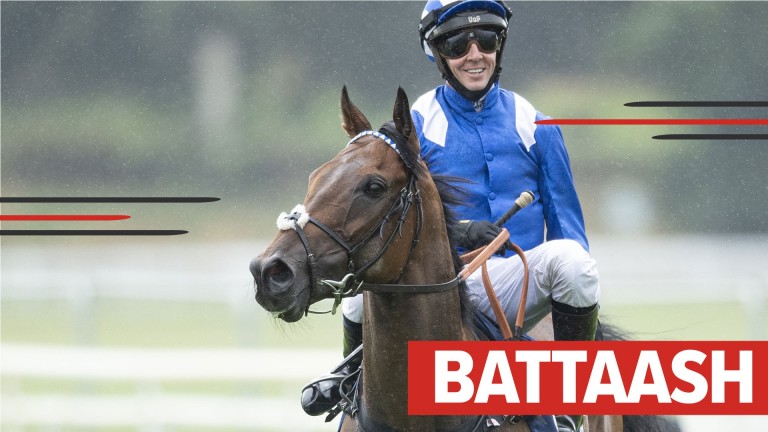 Rodway: Avoid. Battaash might have won this last year, but he had previously twice been beaten in the race and he is at his best over a fast 5f like York or Goodwood. This stiff track places more emphasis on stamina and I'm not sure it's his ideal course. Furthermore, he comes in without a prep run and that isn't an ideal preparation. There will also be a crowd at this year's fixture and Battaash has thrived without spectators. He can sometimes boil over in the preliminaries.

Birch: Avoid. We're in agreement on this one. For some reason– and I can't really put my finger on why–Battaash has never excited me in the way an elite sprinter should. It's common knowledge he's had an interrupted preparation, and I'm not sure he's as superior to his rivals as the ratings suggest. 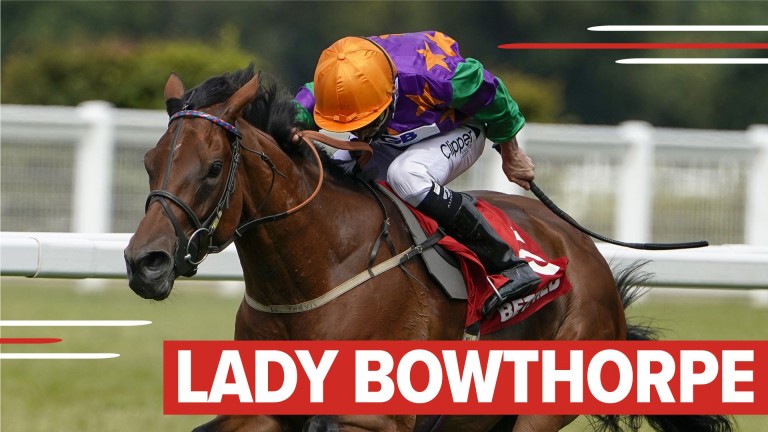 Birch:Back. The Group 2 Duke of Cambridge Stakes– for fillies and mares only– represents a significant class drop from the Group 1 Lockinge in which she recorded a career-best second to the mighty Palace Pier. Those who feel inclined to oppose her are advised to spend the afternoon instead on Brighton's Palace Pier– it will be less expensive.

Rodway: Back. Yes Birchy, I'm with you here. Lady Bowthorpe was given a well-judged ride off a strong pace when second behind Palace Pier in the Lockinge and may have been flattered but, even if that was the case, she still sets a high standard now she is dropped into a Group 2 against her own sex. She proved she handles quick ground when winning the Dahlia Stakes at Newmarket in May and this improving filly rates one of the bankers of the meeting. 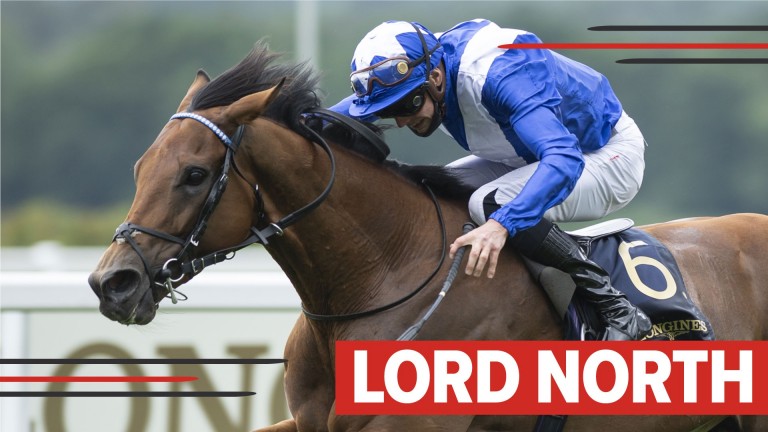 Birch:Avoid. I know he was very impressive when landing this race 12 months ago, but the ground didn't suit runner-up Addeybb, while the 6-4 favourite Japan underperformed. I was disappointed with him in the Juddmonte International and then he ran badly on soft ground he handles back at Ascot. I think he's ludicrously short in the market.

Rodway: Avoid.There's no flies on Birchy and he is spot on again. Lord North might have won this race last year, but he was well held on his next three starts in Group 1 company and I'm not convinced the Dubai Turf which he won last time was that strong. I'd also be worried about him on genuinely quick ground. All his best form has come on good or softer and he is one of the lays of the week. 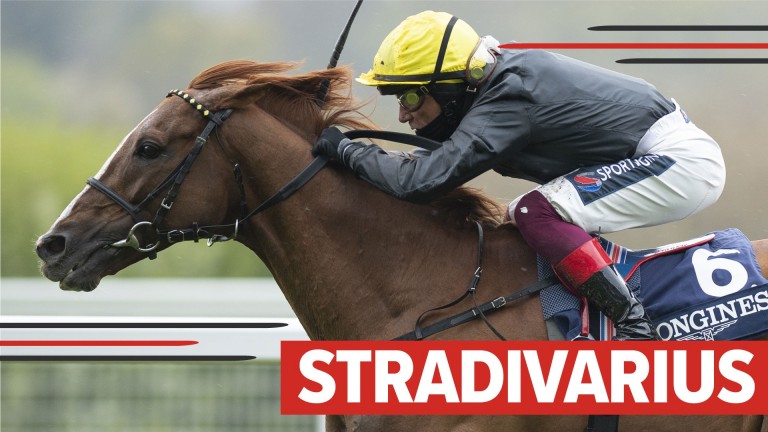 Rodway: Avoid.He acts on quick ground but his most scintillating performances have come on softer going and conditions might not be ideal. He also appeared to be on the downgrade at the end of last season, suffering three consecutive defeats for the first time in his career, albeit twice over trips shorter than his optimum. His victory in the Sagaro at the course first time out didn't tell us anything that we didn't know and he faces some young, progressive rivals.

Birch:Back.Correct me if I'm wrong, G-Rod, but I thought the reason he drifted like a barge ahead of the Gold Cup last year was due to the perception that he might find the ground too soft for him? This horse has been a superstar for the last four years, and I just can't see any angle which justifies opposing him at around even-money. He's arguably the banker of the week. 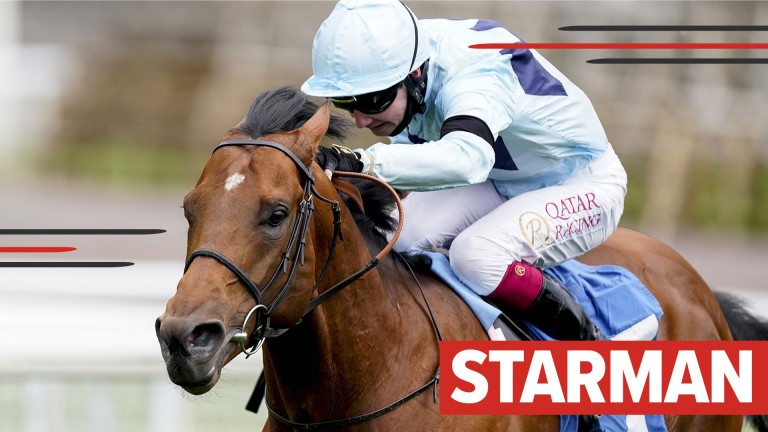 Rodway: Avoid. I was impressed with his victory in the Duke of York and he will probably improve for the run, but he will need to if he is to make the step up to Group 1 class and he is priced like he is already proven in the grade. He was well beaten on his only start over course and distance last October and is too short at the current odds. There must be value against him.

Birch: Avoid. We're in full agreement this time. I know he won the Duke of York nicely and is open to further improvement on just the sixth start of his career, but surely 5-2 is a joke? In a nutshell, his form at this present time doesn't entitle him to be that price. This is Royal Ascot– the most competitive Flat meeting of the entire year. It makes sense to take him on.

'The track is in lovely condition'– latest going for Royal Ascot