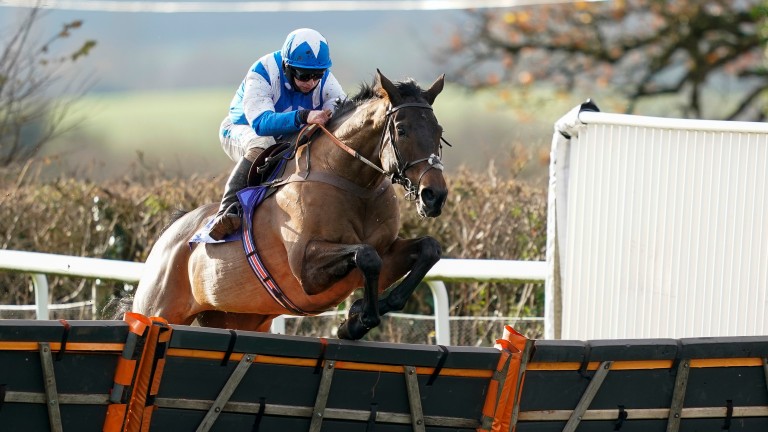 Boothill clears the last under Sean Bowen on his way to an impressive win at Taunton
Alan Crowhurst (Getty Images)
1 of 1
By Tom Ward UPDATED 8:43PM, DEC 10 2020

The Harry Fry-trained Boothill returned from a 292-day break to dismantle the opposition in the second division of the 2m½f novice hurdle under Sean Bowen and pick up quotes of 20-1 for the Supreme Novices' Hurdle.

Fry admitted relief after the promising five-year-old justified a price of 4-6 and suggested a festive target could be next on the agenda before building towards more valuable contests in the the spring.

"There's a Class 2 novice at Kempton on Boxing Day which we won a few years ago with If The Cap Fits," Fry told Racing TV. "That's just over a fortnight away so whether we go there or choose to take our time we'll wait and see." 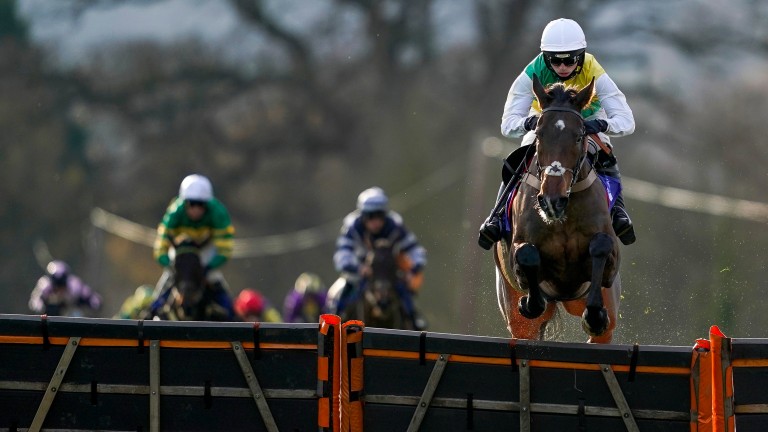 Atholl Street was similarly well fancied in the first division and pulled 16 lengths clear of his rivals under Harry Cobden in the colours of Trevor Hemmings.

William Hill introduced the Paul Nicholls-trained winner at 25-1 for the Supreme after a dominant display.

El Kaldoun was the beneficiary of a chaotic ending to the 2m7f novice handicap chase in which two of the four in contention for the win unseated their riders, while another made an error at the final fence.

The winner was one of four who eased clear round the home turn before the group was reduced to three when Saint De Reve parted company with Harry Cobden three out. 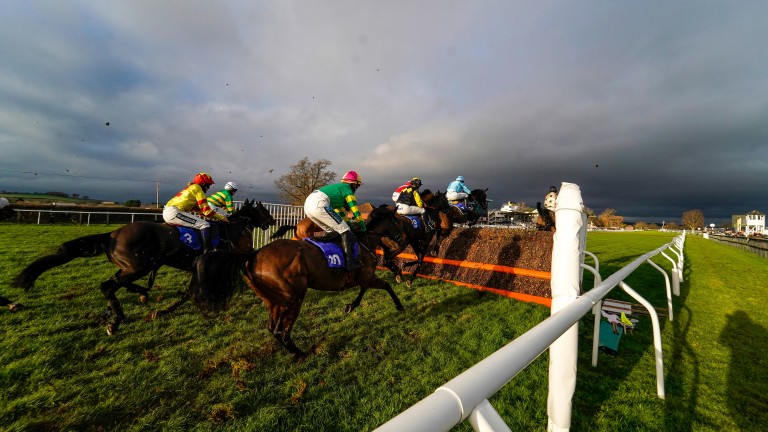 The leader Mr Clarkson was next to depart when unseating David Noonan two from home, leaving El Kaldoun and Storm Home to battle out the finish.

Storm Home appeared to be getting the better of his rival approaching the last but a shuddering mistake halted his momentum to give El Kaldoun the upper hand.

That was not the end of the story as Storm Home rallied bravely, but El Kaldoun stayed on dourly to hold on by a head, taking his tally to two wins from three starts over fences.

There was a double celebration behind the victory on the day Nicky Henderson celebrated his 70th birthday.

"That was great and while everyone knows it's my birthday, it's also Jerry's 30th, which makes us 100 and it's lovely to mark the day with a winner," said the champion trainer.

FIRST PUBLISHED 7:00PM, DEC 10 2020
That's just over a fortnight away so whether we go there or choose to take our time we'll wait and see