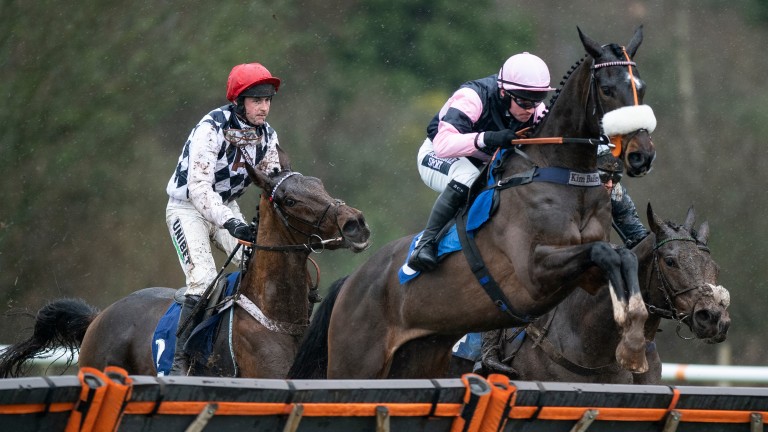 Another novice chase, another small field. Supply outweighs demand in this division and it has become the norm for fewer than five runners to rock up to 'gain experience' in Graded company. Perhaps we should be grateful six are entered.

Although the quantity is disappointing, the quality certainly isn't as the 150-rated Pic D'Orhy heads a talented group, plenty of whom may end up tackling Envoi Allen in the Marsh Novices' Chase at the Cheltenham Festival in March.

Placed in a couple of French Graded races before he made the switch to trainer Paul Nicholls, Pic D'Orhy didn't look like living up to his tall reputation after three lacklustre defeats over hurdles, but he had evident excuses in those contests and justified rave reports when he caused a 33-1 shock in the Betfair Hurdle in February. 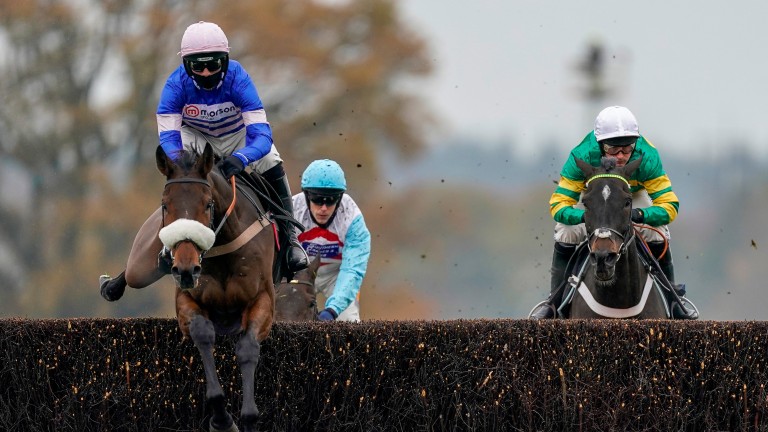 A strong traveller who was bought to go chasing, Pic D'Orhy is yet to convince with his jumping technique and has paid for unprepared landing gear on each of his last two outings, stumbling after fences as the pace heated up.

Plumping for a novice chaser who fell last time out is an extremely risky strategy, although concern is tempered by the fact that Nicholls has a knack for ironing out jumping issues.

Nevertheless, Pic D'Orhy has produced only one stellar effort from six starts in Britain and a touch more consistency would be preferable before making him a solid betting proposition.

Far more enticing is soft-ground Tolworth Novices' Hurdle winner Fiddlerontheroof, who has made an excellent start to his chasing career with a victory and two seconds from three outings on ground that wouldn't suit his galloping style.

His two defeats – both in three-runner races – have been by talented rivals and, given his fencing fluency and love for attritional conditions, as well as having race fitness on his side, he has to be strongly considered. 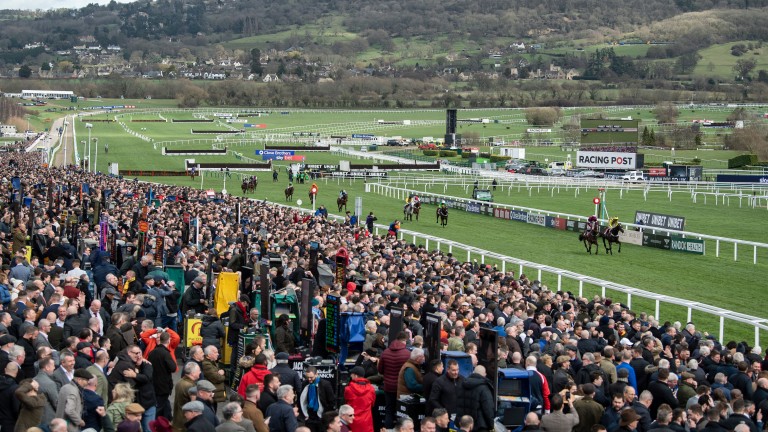 The most exciting runner in the field is Allart. Sometimes horses just strike you as out-and-out chasers and the scant regard this Nicky Henderson-trained six-year-old gave to his hurdles, added to his size and scope, puts him in that bracket.

A highly creditable fifth behind Shishkin, Abacadabras, Chantry House and Asterion Forlonge in a red-hot Supreme Novices' Hurdle when last seen, he is the most realistic future Grade 1 performer in the field.

Provided he's fit enough to do himself justice on his return from a long break, and the testing ground doesn't hinder him too much, we could witness another star in a race previously won by Simonsig and Politologue.

Evan Williams, trainer of Bold Plan
It'll be difficult giving weight away to some of the others, but he's a smashing little horse and if it turns tactical it won't bother him as he has plenty of boot at the end of his races.

Nicky Henderson, trainer of Allart
He finished an honourable fifth to Shishkin in the Supreme and it was a shame he couldn't run again due to lockdown. It's his first time over fences but he jumps brilliantly at home.

Dan Skelton, trainer of Antunes
I think he'll outrun his odds and I wouldn't be running him if I didn't think he'd run well. He's up in trip but should handle the ground.

Joe Tizzard, assistant and son of Colin, trainer of Fiddlerontheroof
He's good. He hasn't had his ground all season and he ran a blinder when coming up against one [Caribean Boy] when it wasn't quite soft enough for him. He's certainly got his conditions and he's going there in good form, which gives him every chance.

Jamie Snowden, trainer of Kiltealy Briggs
He was a very good novice hurdler last year but things didn't go his way in the Albert Bartlett and he had colic surgery over the summer. He ran a great first race over fences in a graduation chase at Carlisle that's working out well and deserves to take his chance in this better race.

Paul Nicholls, trainer of Pic D'Orhy
He needs a clear round ideally after his fall there last time. We've done plenty of schooling with him and he should run a nice race if he copes with the ground.
Reporting by David Milnes

FIRST PUBLISHED 6:00PM, DEC 17 2020
He needs a clear round ideally after his fall there last time. We've done plenty of schooling with him and he should run a nice race