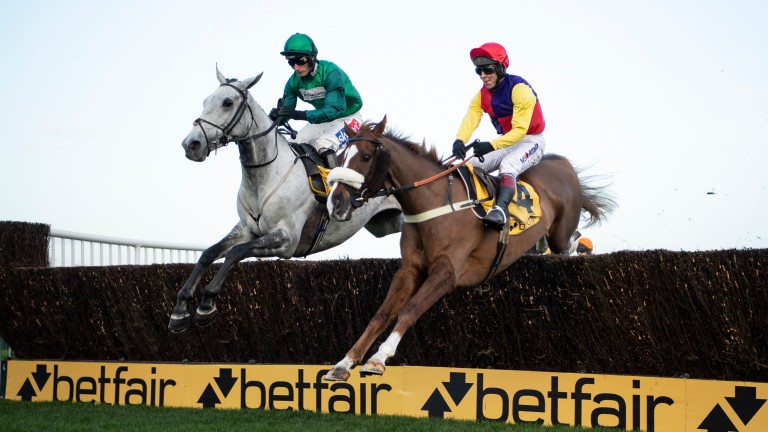 Racing fans can breathe a sigh of relief. With the exception of Shattered Love, all of the big names have been declared for a crackerjack 32Red King George VI Chase at Kempton on Boxing Day.

Champion Hurdle hero Buveur D'Air will face four rivals in the Unibet Christmas Hurdle as he bids to repeat his win in the race 12 months ago and give Nicky Henderson his eighth win in the race.

Buveur D'Air will be joined by stablemate and Elite Hurdle scorer Verdana Blue along with Coral Hurdle winner If The Cap Fits and Ben Pauling's progressive youngster Global Citizen, who won the Dovecote Novices' Hurdle over this course and distance back in February. Boite completes the line-up, with Bedrock an absentee. 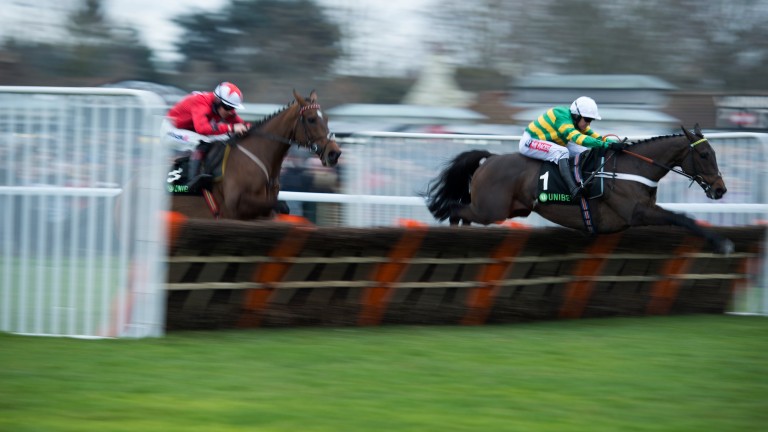 Buveur D'Air (right) lands last year's Christmas Hurdle. He will be bidding for a repeat on Wednesday
Edward Whitaker / (racingpost.com/photos

If you're looking for stars of the future, the 32Red Kauto Star Novices' Chase is the race to watch.

Gold Cup and dual King George winner Long Run took the spoils in 2009, while in 2014 Coneygree made mincemeat of his opposition en route to winning the Gold Cup as a novice.

Santini has always had the reputation to match his towering frame and the six-year-old made a very satisfactory start when seeing off Rocky's Treasure in the Grade 2 John Francome Novices' Chase at Newbury.

However, the opposition is fierce. Topofthegame nearly defied belief on his last start at Exeter, clawing back a 20-length deficit after whipping around at the start only to find Defi Du Seuil too strong in the end.

The Grade 2 winner Bags Groove has taken to chasing like a duck to water with relentless jumping and galloping displays at Ffos Las, Wincanton and Huntingdon, while classy mare La Bague Au Roi and Cheltenham winner The Worlds End also feature in an intriguing contest.

No Hassle Hoff and Red Indian complete the seven-runner line-up.

FIRST PUBLISHED 11:59AM, DEC 23 2018
Santini has always had the reputation to match his towering frame