'Superstar' Secret Asset to bring up century at local track 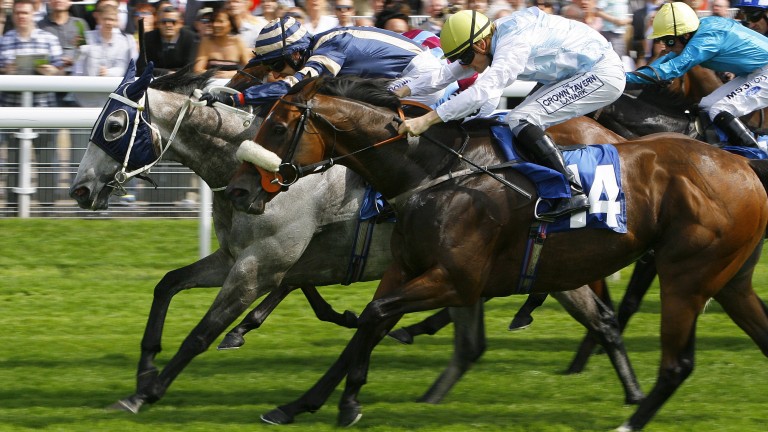 He may be 12 and having his 100th career start on Friday, but trainer Lisa Williamson is convinced Secret Asset is not done winning.

The grey started racing more than ten years ago, has won ten of his 99 starts, amassed £240,353 in career prize-money and survived a major injury scare.

Williamson explained: “He’s been a superstar. He had a career-threatening injury last year at Sandown but he’s come back which is quite incredible – and he’s still as enthusiastic as ever and just loves life. That’s why we don’t want to retire him – he might get a bit lost without racing.

“He’s the horse of a lifetime and has changed out of all recognition as he’s so laid back these days. He loves spending his days out in the field, so that’s where he’ll be in the morning before he races.”

On his Chester assignment, she added: "The owners thought it'd be nice to take him to his local track for his 100th run. It's hot competition but he's in great form and he's always run well around Chester.

"His last run was very good, he was a little unlucky not to be in the money. He'll carry on, he loves Sandown and he likes fast ground on the turf. Now the handicapper has given him a chance and I genuinely believe he will definitely win again, 100 per cent."

FIRST PUBLISHED 6:00PM, MAY 11 2017
Now the handicapper has given him a chance and I genuinely believe he will definitely win again, 100 per cent