'Superstar' Catalinas Diamond to bring up century at Chelmsford 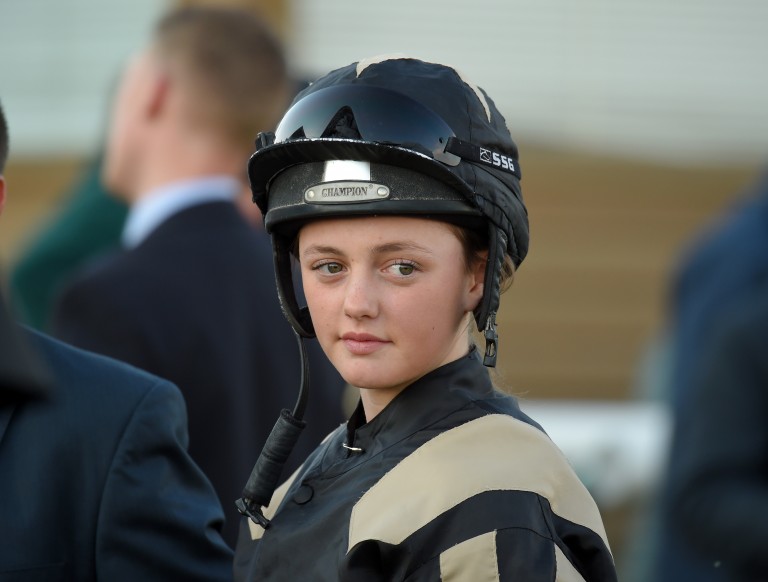 Trainer Pat Murphy has described Catalinas Diamond as an "absolute superstar" on the eve of her 100th start in today's 6f apprentice handicap at Chelmsford.

The daughter of One Cool Cat has been with Murphy since 2011 and there is no hiding the admiration he has for the eight-year-old.

"She's been an absolute superstar for us over the last couple of years," he said.

"She just loves life! She probably spends 75 per cent of her time out in a field, but that's how you train her and that's probably why she's lasted so long.

"She's honest, she's genuine, and she likes hard-run races where she can finish strong off the pace."

The mare, winner of £32,481 in prize-money, showed smart form as a juvenile, finishing fifth in the Queen Mary Stakes in 2010, and has since won eight of her 99 starts, showing a particular fondness for tracks like Lingfield and Bath, where she won three and four races respectively.

"She's been in the first three 30 times," added Murphy. "Okay, they have come at low level but she is just brilliant. On handicapping she looks a certainty tomorrow, but unfortunately she's never run at Chelmsford and I wouldn't know if the track will suit her.

"She has the most wonderful temperament for the job, and has a wonderful owner who has been with her since she was a yearling. Sprint handicappers can go a long time between wins but her owner has never once waned along the way."

Asked about the potential of her going to the breeding shed, Murphy said: "The owner isn't interested in breeding, but I'm quite interested. We will be speaking about that as time goes on. She's a really good bodied and a sound mare and I'll certainly be having a chat with the owner when the time comes."

FIRST PUBLISHED 6:00PM, NOV 23 2016
She's honest, she's genuine, and she likes hard run races where she can finish strong from off the pace