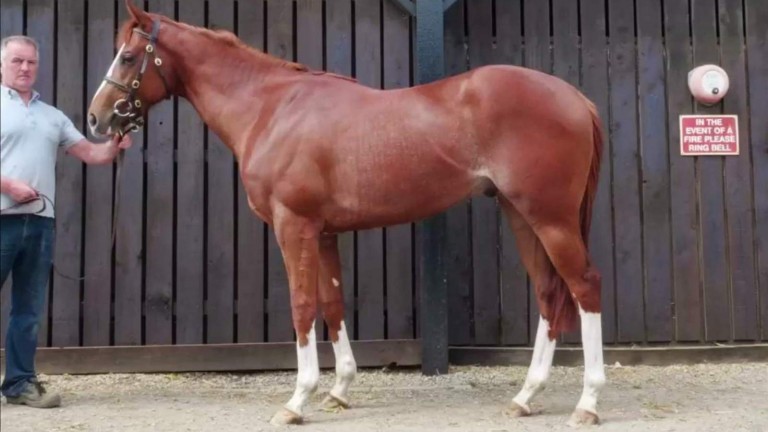 What better way to wipe away the memory of England's first Test defeat by the West Indies than to hear that a horse commemorating the side's 2019 World Cup win could soon be in action?

On the first anniversary of the dramatic defeat of New Zealand at Lord's, owner Jonny Allison revealed that he has a two-year-old named Super Over who is set to appear later this summer.

He reserved the name at the climax of a match which went to an extra over and ended with New Zealander Martin Guptill run out off the final ball to hand England victory by virtue of having hit more boundaries.

"I was watching on TV and I reserved it as the super over was starting," Allison, who works in investment banking, recalled. "As it wasn't going so well I thought maybe it wasn't a great idea but it all turned out right in the end!

"Racing is the number one sport for me by a long way but you couldn't fail to get enthusiastic about the cricket last year. I'd never heard of a super over before and I thought it might be fun so I reserved the name, waiting for the time to come. He's just got to be able to run now!"

An owner has a year to use a name once it is reserved and Allison, whose best current horse is the Listed chase winner Sensulano, found a suitable candidate just in time.

"I was waiting for the breeze-ups and they were obviously delayed for reasons we all understand," he said. "Then I saw that Archie Watson and Tom Biggs at Blandfords had bought a nice-looking horse for a relatively low price at Tattersalls last week.

"I asked them what the story was and they were happy for me to have him in partnership with my friend Stephen Barrow.

"He's by Pearl Secret and a dead ringer for his sire in looks, nice and strong. He was prepped in Malton in Yorkshire – good cricket country – and he's bred to be a sprinter, an equine fast bowler!

"He's in the livery yard and I think he's going to Archie's in the next week or two. I'd guess it will be at least six weeks before he runs."