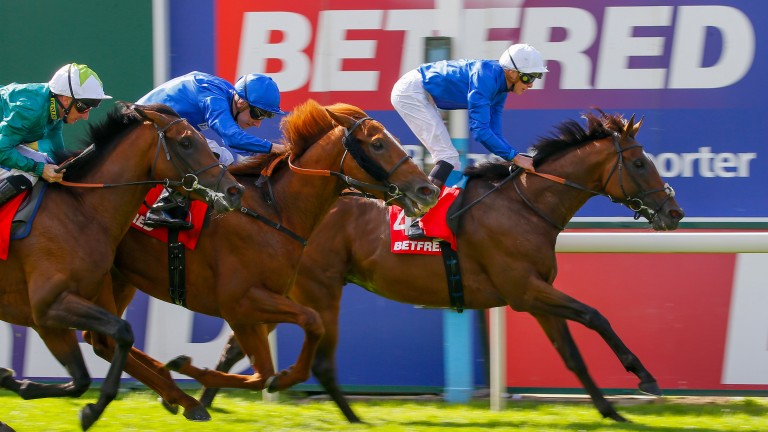 The host nation dominated the final Group 1 of the European Flat season as Sunny Queen got up in the dying strides to deny Torquator Tasso in the Grosser Preis von Bayern.

A two-time Listed winner, Sunny Queen was a narrow second in a Group 3 at Hannover on her prior start but took her form to a different level with a cosy neck success in Munich.

Held up in the early stages by jockey Rene Piechulek, the daughter of Camelot made progress coming off the home bend before being pulled off the rail to deliver her winning challenge for trainer Henk Grewe.

The success was a third at the top level for Grewe and a second of the season following on from Donjah – who endured an unlucky run in Saturday's Breeders' Cup Turf – in the Preis von Europa in August.

Grewe said: "After two victories in the Preis von Europa, I've won my third Group 1 race. Today was a great success for my stable and our team."

The four-strong British challenge failed to land a meaningful blow, with the Charlie Appleby-trained Secret Advisor finishing best of the quartet in a creditable fourth, over five lengths behind the winner.

The race has been dominated by German-trained horses in recent years, with the Saeed bin Suroor-trained Campanologist's 2010 victory the last success for Britain.

FIRST PUBLISHED 3:30PM, NOV 8 2020
Today was a great success for my stable and our team

Goodwood still planning for unrestricted Glorious meeting despite lockdown delay Ger Lyons backs Bolger over anti-doping comments and calls for action 'What else would I do at my age?' - 80-year-old trainer wins with only horse Punter sues Paddy Power over disputed £286,000 winning bet at Wolverhampton What's on this week: the biggest names in racing are heading to Royal Ascot 'This is a dream' - Zurekin a gallant third for the Leech team in Prix la Barka