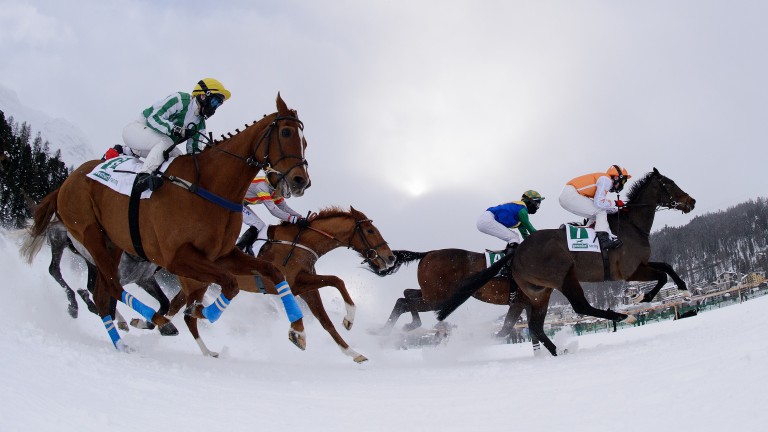 John Best does not harbour any safety concerns regarding the resumption of racing on the ice at St Moritz in Switzerland on Sunday, despite the accident that resulted in jockey George Baker sustaining career-ending injuries there a year ago.

Best has three runners at the first of the three 'White Turf' fixtures and was happy with the surface after watching his team exercise on the course on Saturday morning.

Main hope among his trio is Berrahri, who is making his third consecutive appearance at St Moritz, where he has won twice before. The seven-year-old is joined in the 12-runner Grosser Preis Longines by stablemate Eddystone Rock.

Eddystone Rock ran twice without success at the venue a year ago, while Best's third contender, Malt Teaser, who lines up half an hour later for the Preis Sigma Camera And Lenses is making his first appearance on the ice.

Speaking from the track, where it was -20C on Saturday, Best said: "Last year the accident was caused by something they couldn't see, which was water pooling under the ice.

"Now they have ultrasound scanners and drones flying overhead with thermal imaging cameras so can be aware of what's going on.

"Everything possible has been done to prevent any repeat and our horses were absolutely fine when they exercised on it this morning. Prior to George's accident, the safety record had been excellent out here, and it may have been because it went from -8C to +12C in a short space of time that day it made it unsafe."

As to his prospects of a winner, Best added: "Berrahri loves it here but has a few penalties in his race, which makes it difficult, but I'd expect Eddystone Rock to run better here this year - he wasn't quite right last time we brought him over.

"Malt Teaser is having his first run on the ice but should have won at Lingfield last time and is in good shape."

FIRST PUBLISHED 1:50PM, FEB 3 2018
Now they have ultrasound scanners and drones flying overhead with thermal imaging cameras so they can be aware of what's going on