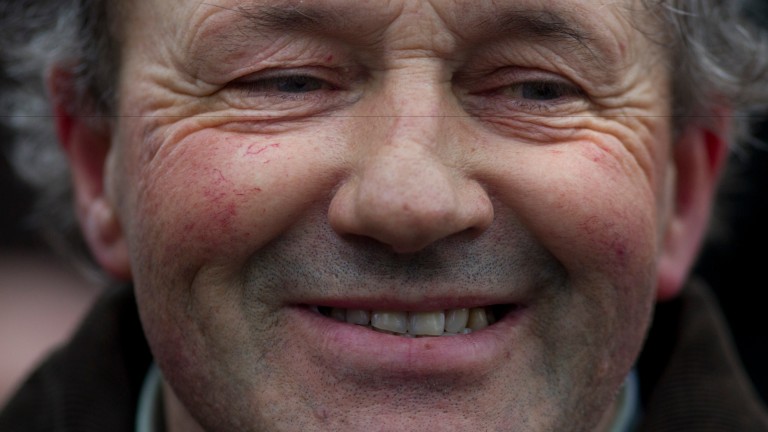 Liam Burke knows what it takes to win the Goffs Thyestes Handicap Chase and will be bidding to follow-up on the 2016 success of My Murphy with Sumos Novios, who tackles the €100,000 Gowran Park showpiece on Thursday.

To add an extra dimension, Sumos Novios looks set to carry the colours of the Gowran Park Racing Club as part of the Experience It campaign, which was launched by Irish Thoroughbred Marketing last summer.

It means Burke, who also owns Sumos Novios, will lease out the ten-year-old for the day, offering the club a chance to experience the buzz of watching their own horse compete in one of the most lucrative handicap chases in the calendar.

The Cork trainer said: "I've been thinking about this for a while now and I spoke to Amber Byrne [at Horse Racing Ireland] and Eddie Scally [Gowran Park manager] and we got everything together. Hopefully the horse will run well and everybody involved will have a good day out.

"The horse is in good order and he had a good run over the Christmas. Robbie Power has won on him twice and knows him well, and I think he's going to ride him. He'll handle the testing ground very well."

The Thyestes is one of the only major handicap chases Gordon Elliott has yet to win. General 7-1 joint-favourite Ucello Conti has made the frame in the past two runnings and is one of ten entries for Elliott.

No trainer has a better record in the race than Willie Mullins, who has won it six times, and he is responsible for the other joint-favourite, Polidam, as well as Pleasant Company and Isleofhopeandreams.

Bacardys: could revert to hurdling in the Grade 2 Galmoy Hurdle at Gowran Park
Alain Barr

Elsewhere on the card, Mullins could use the Grade 2 Galmoy Hurdle as a stepping stone towards the Sun Bets Stayers' Hurdle at the Cheltenham Festival for Bacardys.

FIRST PUBLISHED 6:16PM, JAN 21 2018
Robbie Power has won on him twice and he knows him well, and I think he's going to ride him