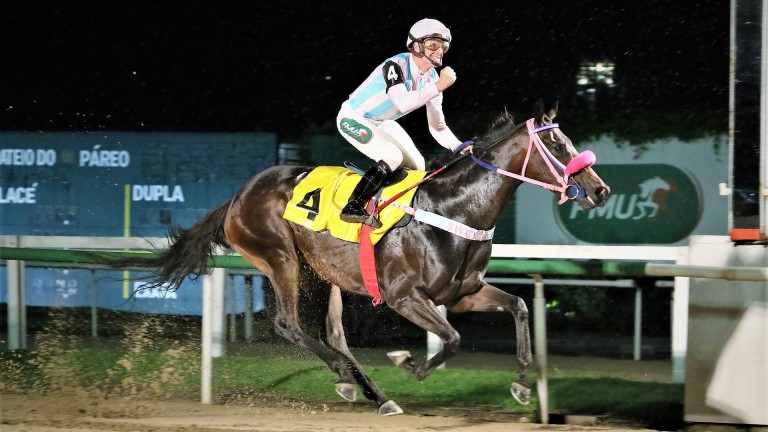 Jorge Ricardo has time to celebrate as he equals Russell Baze's world-record mark with the 12,844th success of a remarkable career on Jubileia at Gavea in Rio de Janeiro
Jockey Club Brasileiro
1 of 1
By Nicholas Godfrey UPDATED 1:23PM, FEB 6 2018

After years of trying, Brazilian legend Jorge Ricardo finally matched the exploits of his rival Russell Baze on Monday when he reached his world record mark for all-time victories with the 12,844th success of an extraordinary career in Rio de Janeiro.

Ricardo, 56, will now return to his base in Buenos Aires to surpass the now retired Baze's mark and regain a record he forfeited four years ago through serious illness and injury.

The jockey known as 'Ricardinho' returned to his home track, the Hipodromo da Gavea in Rio, to ride for two days in a bid to equal the record. Three wins adrift before the weekend, he rode a double on the Sunday card and then had a string of well-fancied rides on Monday night, when he was given special dispensation to come off rides after he matched Baze's mark.

However, he was out of luck with five losers until the sixth race, when he partnered hot favourite Jubileia, trained by Adelcio Menegolo, to win a six-and-a-half-furlong contest on dirt. 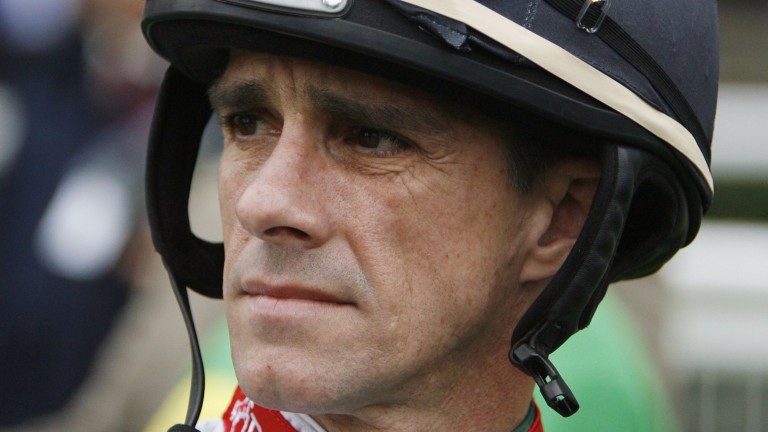 Jorge Ricardo: Brazilian legend broke world record with his the 12,845th winner of an extraordinary career at San Isidro on Wednesday
Gerry Cranham/cranhamphoto.com

Ricardo took the lead after a couple of furlongs and was never seriously troubled thereafter in a two-and-a-quarter-length victory that provided the 12,844th success of an utterly remarkable career. The British record still stands at Sir Gordon Richards' mark of 4,870.

"I waited long for this and finally I got it," Ricardo said through tears after the race, when he was mobbed by well-wishers and family – plus a multitude of journalists.

"I never in my life imagined I’d win so many races," Ricardo told AFP. "I never had much time for vacations. I took a week, occasionally two. My life has always been about horseracing."

Ricardo could secure the record outright on Wednesday as he has rides at San Isidro in Buenos Aires.

Ricardo started riding as a 15-year-old apprentice. He rode his first winner in November 1976 on a horse trained by his father Antonio – a former jockey, like two of Ricardo's uncles – at the famous La Gavea racecourse, in the shadow of Rio's statue of Christ the Redeemer.

Ricardo stayed in Brazil for nearly three decades, in the process riding thousands of winners and winning the jockeys' title 26 years in a row, often riding more than 400 winners in a season. He has won the continental championship, the Gran Premio Latinoamericano, five times; nobody else has won it more than twice.

Ricardo partnered South American champion Much Better to finish 14th to Carnegie in the 1994 Arc, but generally speaking as he rarely rode outside Brazil, let alone South America, his prodigious feats largely slipped under the international racing radar until he moved to Buenos Aires in the summer of 2006, after which news of his staggering achievements finally reached a wider audience.

In February 2006, Ricardo broke the world record for career victories when he rode his 9,591st winner to surpass the prolific Baze for the first time.

Thereafter for several years, Ricardo was involved in a ding-dong struggle across two continents with his US-based rival Baze, who retired in June 2016. The world record changed hands several times: Ricardo, who won 26 riding titles in his native Rio before moving to Argentina, became the first jockey in the world to reach 10,000 wins in January 2008, but Baze beat him to 11,000, which he reached in August 2010. 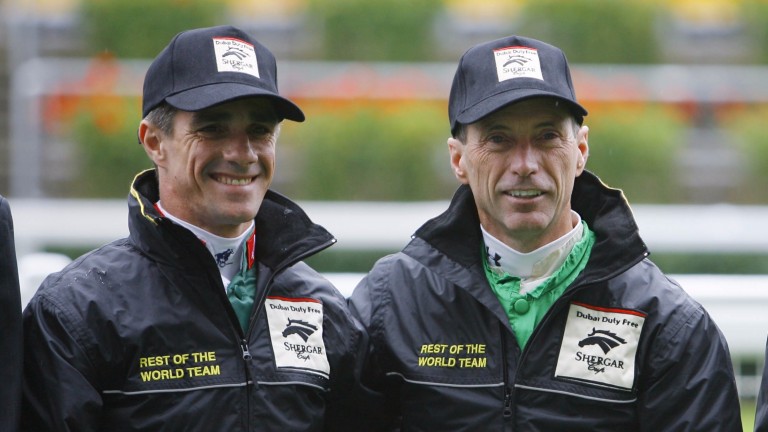 Jorge Ricardo (left) and Russell Baze, who met for the first time at the Shergar Cup at Ascot in 2009
Mark Cranham (cranhamphotos.com)

The lead flip-flopped several times in the following months until Ricardo established a decent gap – only to forfeit his advantage when he was forced to spend more than six months on the sidelines to fight lymphoma in 2009.

In September 2013 he was out for several months after suffering a fractured shoulder and broken jaw in a horror fall that forced him to scale back his riding following his return and slowed his remarkable output.

He missed another ten months last year when he fractured his left femur in December 2016 in a fall at the Hipodromo Palermo in Buenos Aires.

Ricardo and Baze finally met when they both rode at the Shergar Cup in 2008 – ironically, given their career exploits, neither rode a winner.

"I think we have something of a connection," Ricardo said on Monday. "He must have known about the races I was winning here and I always checked out what he won there. There was a symbiosis."

FIRST PUBLISHED 9:36AM, FEB 6 2018
I waited long for this and finally I got it - I never in my life imagined I’d win so many races