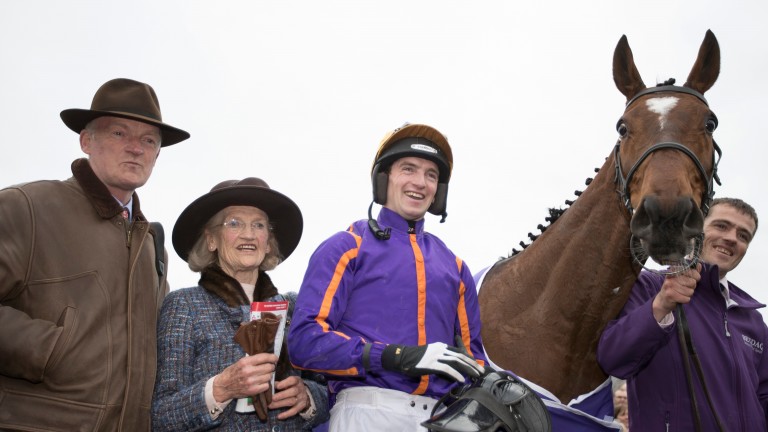 It simply could not have been more perfect.

In the race that turned a gripping championship battle on its head, it was the son who so drastically altered his father's fortunes. On an astonishing afternoon for Patrick Mullins, he stole the show and by doing so very possibly stole the title from Gordon Elliott's grasp.

Within the space of 35 minutes, an impossibly tall young amateur outfoxed a clutch of the sport's very finest professionals to complete a Grade 1 double that sent Willie Mullins into a clear lead in the trainers' championship standings.

Aboard Bacardys he came from behind to win almost on the line. Before that, he displayed ingenuity, audacity and brilliance to land the €250,000 Betdaq Punchestown Champion Hurdle on last year's Irish St Leger hero Wicklow Brave.

At the Curragh in September, Frankie Dettori had allowed Nick Peacock's somewhat enigmatic dual-purpose performer to do his own thing in front. It resulted in the shock defeat of Order Of St George. In a very different sort of race, the eight-year-old, wearing blinkers for the first time, dwelt at the start but then suddenly went off like a rocket running away from the fourth-last flight. From that point to the line, he never saw another horse. 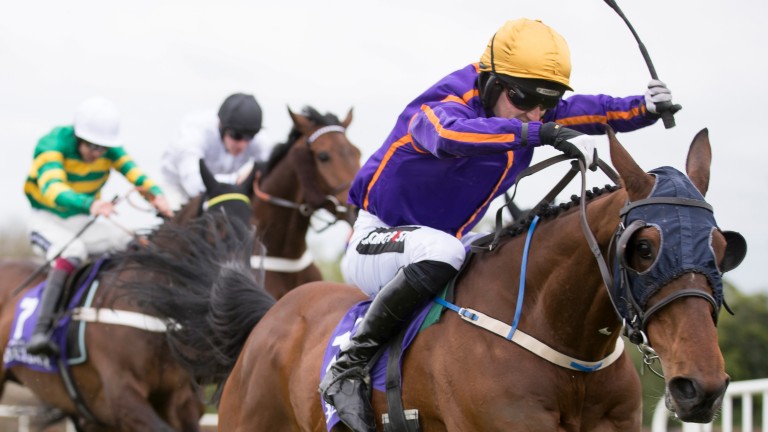 Wicklow Brave and Patrick Mullins take the last flight before winning the Punchestown Champion Hurdle
Patrick McCann
"It's nice to ride a Classic winner over hurdles," joked Mullins, whose champion amateur title is likely to be forfeited Jamie Codd's way. This, however, was undoubtedly a champion's ride.

"It's fantastic to be able to repay my father for all he's done for me," said Mullins.

"The horse nearly stood still at the start, but while he was going forward I didn’t want to take him back. He has always threatened to do this. He jumped so well and is so quick over his hurdles. He is like liquid. I am very grateful to everyone at home for making it happen."

Yet it was the winning rider who was so vital to making this happen. He was instrumental in landing a race in which the Elliott-trained Labaik consented to start but the Mullins-trained Diakali did not. However, although stablemate Vroum Vroum Mag disappointed, the perhaps soon-to-be 11-time champion trainer still had the first and third, with Arctic Fire finishing one spot behind the triple Champion Hurdle second My Tent Or Yours.

The runner-up was described as "a legend throughout his life" by trainer Nicky Henderson. Similar praise was dished out by Mullins senior to Mullins junior.

"It has worked out perfect but I could never have dreamt it," said the master of Closutton.

"The horse took off with Patrick but he had the sense not to fight him. He got him flying his hurdles. I thought he was cooked after the second-last but Patrick got a right good jump at the last. You could see him eyeing up a big one and he hit him taking off. It was all or nothing.

"For an amateur rider to do something like that is special. For his size, I don't know how he does it. He's a huge guy but he loves it." 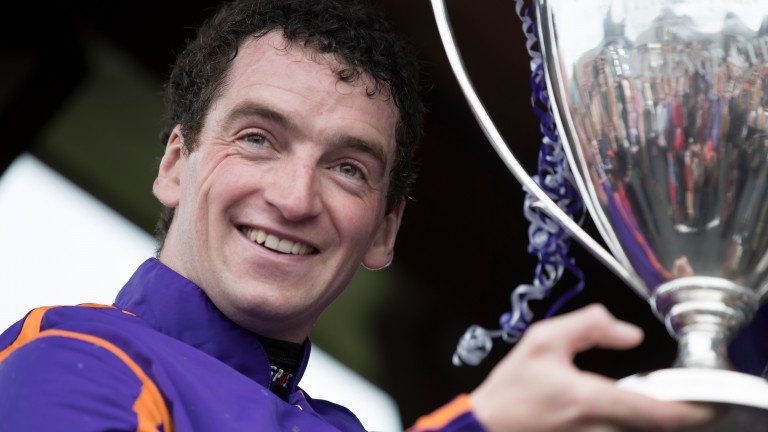 Patrick Mullins with the trophy after winning the Punchestown Champion Hurdle on Wicklow Brave
Patrick McCann
The trainer, jockey and owner also love a horse who in November competed in the Melbourne Cup. A return to the Flat probably awaits, but whatever Wicklow Brave does in the future it is hard to believe he could ever achieve anything of more significance to a family steeped in Irish jumping.

"I didn't realise we had gone in front until someone told me as I was coming off the stands," insisted Mullins. "It was the last thing on my mind. Patrick winning this means more to me."

Take a sip of Ballybrit Lite, it won't taste the same but you might like it 'Maybe next year' - did Sir Gordon feel the way I do about my holy grail? Finally! Excelcius produces excellent display to record only his second victory