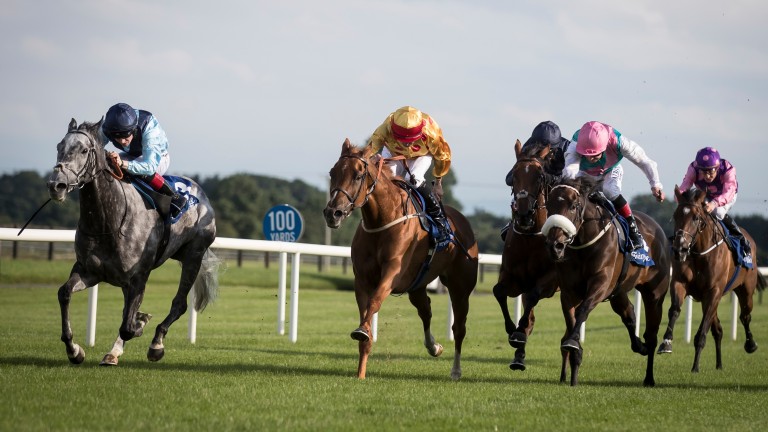 New declarations will be made on Monday for Fairyhouse
Patrick McCann
1 of 1
By Peter Scargill UPDATED 7:43PM, OCT 22 2017

Saturday's meeting at Fairyhouse has been called off and rescheduled for Tuesday with Storm Brian bringing dangerously high winds to the course.

Officials checked conditions at 8am on Saturday and, after consultation with Met Eireann, decided to postpone the fixture until next week.

A statement from Horse Racing Ireland said: "Following an early morning decision between Fairyhouse, Turf Club executives, and Met Eireann, the Fairyhouse meeting today has been cancelled for health and safety reasons due to strong winds forecast for the afternoon.

"Horse Racing Ireland has announced that this meeting will now be held at Fairyhouse on Tuesday, October 24."

Fresh declarations for Tuesday's meeting will be made at 10am on Monday.

FIRST PUBLISHED 8:27AM, OCT 21 2017
Fairyhouse meeting today has been cancelled for health and safety reasons