Wednesday Action 3 THINGS TO WATCH OUT FOR 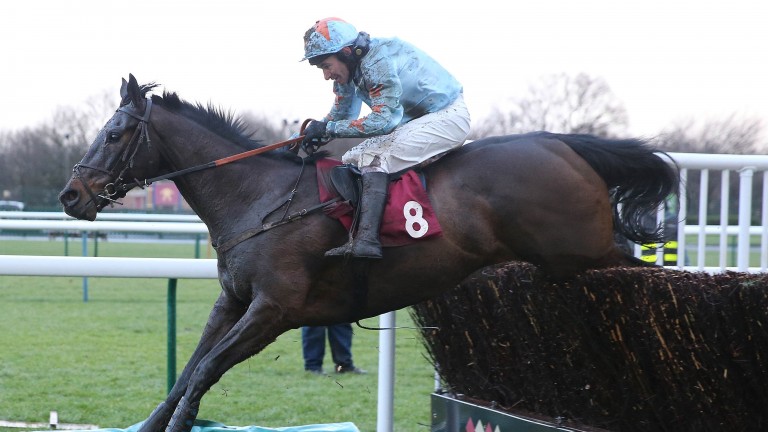 Samstown returns to the scene of his greatest triumph when he attempts to take advantage of the handicapper’s perceived generosity in Haydock’s 2m7f veterans’ chase (4.20) on Wednesday.

Winner of the valuable Peter Marsh Chase at the Merseyside track four years ago, the Alistair Whillans-trained stayer finished lame in the Scottish Grand National that spring, and was off the track for three years.

This season he has looked a pale shadow of the horse he was in 2015, but there have been possible reasons for his sub-standard displays and it would be no surprise if he bounced back to form off a mark 20lb lower than when landing the Peter Marsh.

Assistant trainer Ewan Whillans said: “It’s taken Samstown a few runs to get fit after his long absence. We’re putting a visor on for the first time and are taking him back to Haydock.

“Conditions are ideal and it’s definitely the right race for him. We think the visor will help him and he went down 7lb for his last run at Carlisle.”

Whillans added: “I ride him most days and he’s in decent form. If he disappoints there’s a chance we will retire him, but hopefully it won’t come to that.”

Samstown faces nine other veterans, including the 13-year-old top-weight Pressurize, who attempts to continue the fine form of the Venetia Williams stable.

Ettila De Sivola, who has long been the apple of trainer James Ewart’s eye, carries top weight in the 2m3f novices’ handicap hurdle (3.50) at Haydock. 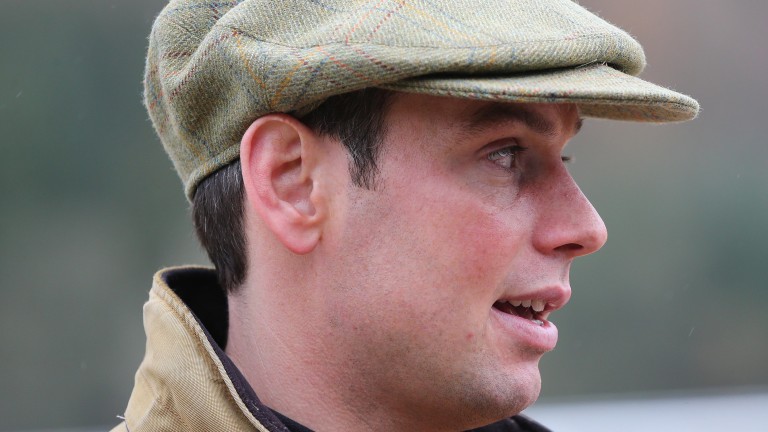 Winner of a Doncaster bumper and a Sedgefield maiden hurdle on the first two starts of his career, the five-year-old lost his unbeaten record when third behind runaway scorer Ingleby Hollow on a return visit to the Durham track last time.

That impressive winner now has an official rating of 129, while Ettila De Sivola graduates to handicaps off 117 with a tongue-tie fitted for the first time.

Ewart said: “He has to carry 11st 12lb on testing ground, but he’s a very nice horse and goes there in good order.

“I think he’s fairly handicapped, but we won’t see the best of him until he goes over fences. He’s a huge horse, a proper chasing model.”

Destined To Shine, who represents the back-to-form Kerry Lee stable, looks one of the biggest dangers.

Guy Disney pulled no punches after he conjured a last-gasp victory from Shanroe Tic Tec in a military amateur riders’ handicap hurdle at Sandown this month. 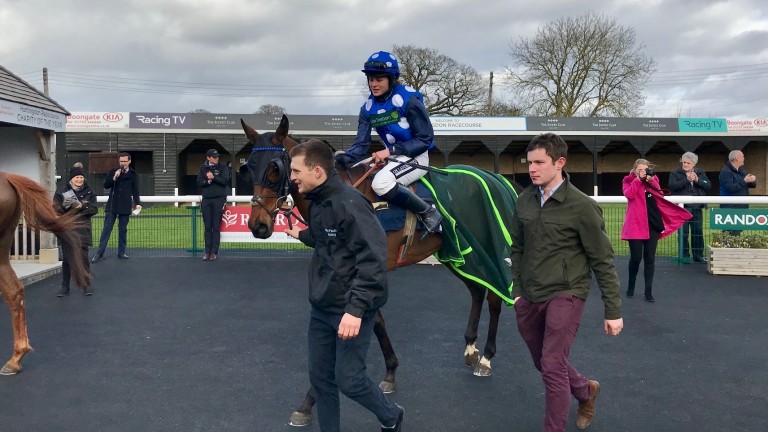 “Shanroe Tic Tec has decked me more than any anything else I’ve ever ridden,” Disney said. “I fell off him twice in points, he dropped me in a gateway, and he’s the quirkiest thing I’ve ever ridden in my life.”

That head victory over hot-favourite Bonne Question, who was officially 8lb well-in that day, clearly did Shanroe Tic Tec’s confidence the world of good.

It may have taken Ben Pauling’s seven-year-old nine attempts to open his account, but he duly followed up under Lilly Pinchen at Huntingdon just five days later.

He bids for what at one time would have looked a most unlikely hat-trick when he faces the starter for Market Rasen’s 2m handicap hurdle (2.30).

Pinchen is again in the saddle as Shanroe Tic Tec tries to shrug off the steadier of 12st 7lb, which includes a 7lb penalty for that latest success.

Pauling has his team in excellent form and his recent victories include Le Breuil in the National Hunt Chase at Cheltenham last week.

FIRST PUBLISHED 6:00PM, MAR 19 2019
I think he?s fairly handicapped, but we won?t see the best of him until he goes over fences

'Venetia is brilliant' - Rich Ricci nails it as Royale Pagaille turns back time Next stop Supreme? Unbeaten Jonbon pushed out to 4-1 after Haydock win Venetia Williams at the double as Frenchy continues her fantastic form 'Nicky has plenty of nice young horses - this one really could be anything' Shishkin eases in the market as punters gravitate to Energumene ITV Racing tips: one key runner from each of the eight races on ITV4 on Saturday