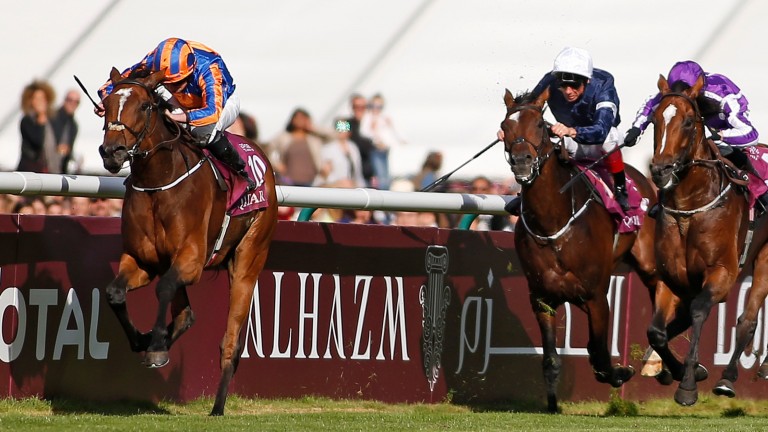 A strong European challenge, allied with some seismic clashes between American stars, is expected to lead to healthy levels of turnover at the Breeders' Cup, according to Coral spokesman Simon Clare.

British and Irish viewers hoping to watch all the action will have a couple of late nights in store as Santa Anita on the west coast is seven hours behind Greenwich Mean Time.

The Classic, Turf and Mile are all scheduled to take place after betting shops close on Saturday – unlike last year when the meeting was at Keeneland, which was only four hours behind – but Clare does not think the timings will have a particularly adverse effect on turnover.

"The vast majority of bets will be placed by punters during the day, so I don't think the later times will make too much of a difference and I would expect turnover to be healthy," he said.

Most betting shops close at 10pm, which gives punters the option of viewing one race on Friday and five on Saturday, but At The Races holds the rights to broadcast the Breeders' Cup in Britain and Ireland and will be showing all 13 races. Certain races will also be hosted on the Breeders' Cup Facebook page.

All bookmakers will be taking bets online and via mobile apps.

Hit It A Bomb and Found, both trained by Aidan O'Brien, were the only two European-trained winners at last year's Breeders' Cup and William Hill believe that two or three winners is the most likely haul for the raiding party.