Streaming could provide a new flashpoint in TRP row 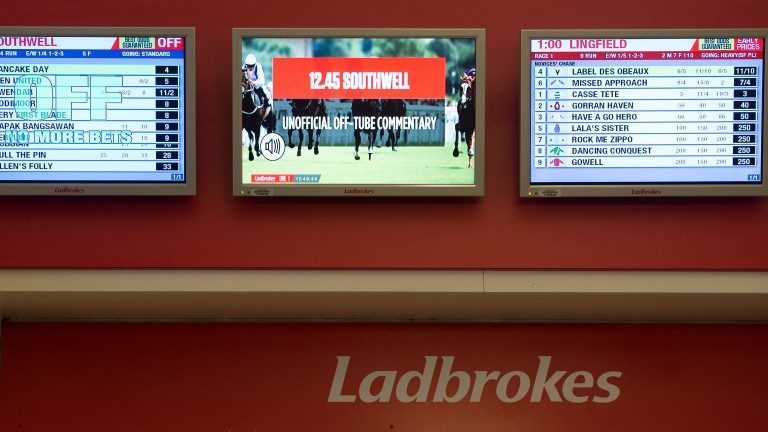 Racing coverage was absent from the screens in the Ladbrokes' betting shop at Lingfield
Edward Whitaker
1 of 1
By Bill Barber 6:38PM, JAN 26 2017

Access to online streaming of racing could be the next battleground in the increasingly hostile face-off between new betting channel The Racing Partnership (TRP) and bookmakers who have yet to sign up to the service.

Speculation is growing that TRP may turn off pictures supplied to those firms involved for the increasingly lucrative bet-to-view feature, which allows customers to watch races after they have made a wager.

In addition, a second claim by TRP against Ladbrokes and Coral over their use of unofficial commentaries in betting shops is set to be submitted as tension between the two sides escalates.

The dispute has been running since the start of this year when TRP took over the broadcast of pictures from six tracks – Doncaster, Lingfield, Southwell, Windsor, Wolverhampton and Worcester.

While William Hill, Paddy Power and a number of other independent bookmakers have signed up to the service, Betfred, Ladbrokes and Coral have not.

So far this year they have had two days without any live pictures from British courses and are set to have another on Tuesday.

Meanwhile, William Hill and Paddy Power have been advertising in their shop windows that they have full coverage of the sport.

Legal proceedings have already been issued by TRP to Coral, Ladbrokes and Betfred over claims they have been misusing their data.

These are due to be followed up over the use of unofficial commentaries by Ladbrokes and Coral in their betting shops from the courses involved.

Racegoers at Lingfield and Doncaster on Friday will not be able to use the Ladbrokes betting shops at those courses as the firm have been ordered to close them as part of the row over media rights.

They are set to be met with a sign telling them the shop is closed for the foreseeable future and advising them to use the Tote or on-course bookmakers.

TRP was set up in December 2015 to sell media rights direct to bookmakers in an attempt to cut out the 'leakage' of funds to bodies outside the sport.

Coverage from the 16 courses not yet involved will switch from SIS to TRP from January 1 next year.

FIRST PUBLISHED 6:11PM, JAN 26 2017
Speculation is growing that TRP may turn off pictures for the increasingly lucrative bet-to-view feature