RPSunday TEN THINGS YOU MIGHT NOT KNOW ABOUT . . . SPRINTERS 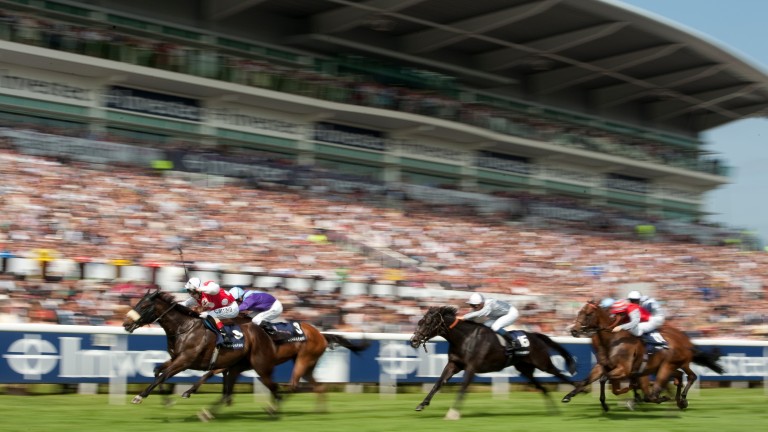 1 The fastest equine in the world, ever, was not a blueblood speedster but an American quarter horse named Winning Brew, trained by Francis Vitale, who clocked 43.97mph at the Penn National racecourse, Grantville, Pennsylvania on May 14, 2008.

2 Not that the quarter horse is a lowly creature. The breed was begun by 17th century colonists on the east coast, who crossed Native American steeds with imported British thoroughbreds and came up with a quick, manoeuvrable and hardy type, well suited to ranch work, as well as running like stink in races over two furlongs, or a quarter of a mile.

3 The fastest racehorse in the world over five furlongs is Stone Of Folca, who set his record time of 53.69sec on ground officially described as good to firm, in the Epsom Dash on June 2, 2012, ridden by Luke Morris and trained by John Best. Punters obviously didn't think the 93-rated four-year-old was that fast, sending him off a 50-1 shot, but he reached an average speed of 41.9mph in breaking the 1983 record of Spark Chief by 0.01 secs.

4 Actually, Stone Of Folca isn't really the fastest. That accolade goes to Indigenous, who set a mark of 53.60sec at Epsom on June 2, 1960. Indigenous's time is still recognised as the course record in some quarters, but Stone Of Folca's is the fastest since the introduction of electronic timing.

5 The Americans are a bit sniffy about our world records, on the basis that they are set on lightning-fast ground on a largely downhill track. Then again, we can reciprocate their sniffiness, given that US times are recorded from a flying start, with the clock triggered only after a 'run-up' of varying distance at different tracks. The run-up is disregarded by the timing system but it means that all horses will effectively start the race at a gallop, with the start speed differing according to the length of the run-up.

6 The fastest average speed at a Breeders' Cup was by California Flag, who used the easy gradients of Santa Anita to record a time of 1min 11.28sec for the six and a half furlongs of the 2009 Turf Sprint, at 10.97sec per furlong. The fastest time for the dirt race is Midnight Lute's 1min 7.08sec in 2008, again at Santa Anita; the best for the turf race is 56.12sec by Stormy Liberal at Del Mar last year, albeit over five furlongs. 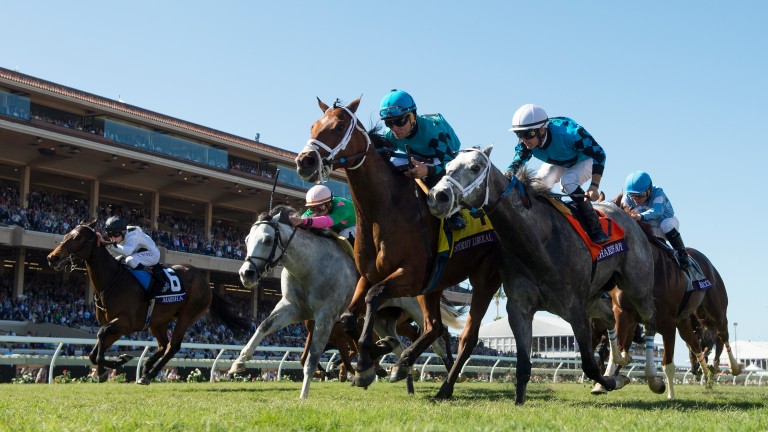 7 Dr Fager, the champion American sprinter of 1967 and '68, was named after Boston neurosurgeon Dr Charles Anthony Fager, who had saved trainer John Nerud's life by removing a blood clot from his brain after a fall from a horse.

8 In a match-up between a racehorse, Usain Bolt and a greyhound, Bolt would come off a poor third best, at a top speed of 27.8mph, with the horse and dog reaching broadly similar levels of around 40mph. Add a grizzly bear to the mix and you'd spice things up no end; the bear can hit top speeds of 35mph, which might motivate Bolt to set a new world record. A cheetah could join the fray at a withering 75mph, but even he would be outpaced by a peregrine falcon at 242mph (assuming the race was a vertical dive from a great height) or a black marlin at 80mph (if all the contestants could be persuaded to compete in the sea). 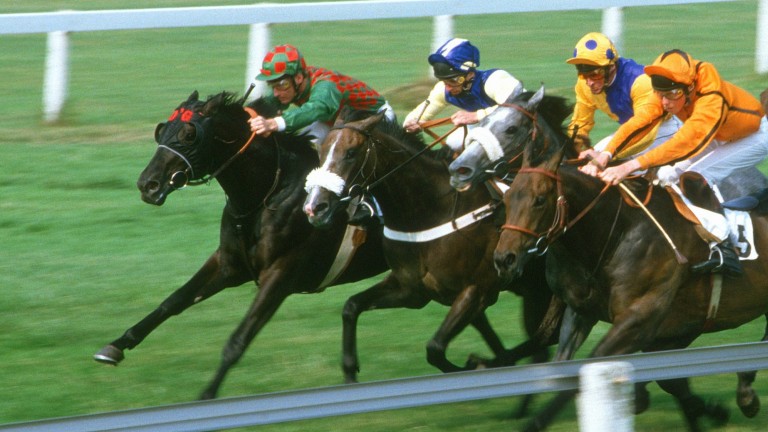 9 The roll call of the most prolific two-year-old sprinters is crammed with precocious, speedy and hardy individuals who hit the ground running. The old-time record was set by The Bard, who won 16 races in 1885, including a walkover, before going on to land the Goodwood Cup and Doncaster Cup the following year. He stood alone until 1984, when Bill O'Gorman unleashed Provideo, who managed 16 wins from 23 runs before finishing unplaced in the one-mile Buckpasser Stakes at Hollywood Park. He was rated 20lb behind the best of his generation but was still voted Horse of the Year by both Timeform and the Racegoers Club.

10 In 1990 O'Gorman attacked the record again with another quick, if not top-class, individual called Timeless Times who won 16 from 20 by September 5 before a bid for the outright record ended in defeat in a Grade 3 event at Laurel Park in Maryland, where he finished 13th of 13 over an extended mile.

FIRST PUBLISHED 6:00PM, JUL 7 2018
Provideo was rated 20lb behind the best of his generation but was still voted Horse of the Year by both Timeform and the Racegoers Club