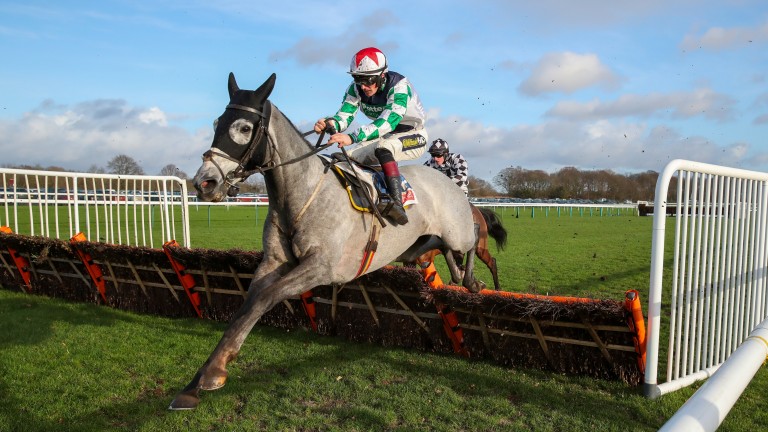 Edwardstone travelled strongly into the contest and picked up the lead from the front-running Thebannerkingrebel, but was made to play second fiddle to the late surge of the 9-2 winner under Sam Twiston-Davies.

The winning trainer said: "I was worried about getting third place at the last but Sam got another gear out of him. He's a nice horse and the Betfair Hurdle might be his next race."

The rapidly changing complexion of the race in the closing stages was illustrated by Stolen Silver being matched at 440 on Betfair, while Edwardstone traded at 1.05.

"I thought he'd done enough" said Edwardstone's rider Tom Cannon. "He's still a good horse. I maybe should have waited a fraction longer but I didn't think I was going as well as Gavin Sheehan. I thought he was the horse to beat and then he stopped down to the last."

Stolen Silver was trimmed to 10-1 (from 16) for the Betfair Hurdle with Paddy Power, while Betway introduced the five-year-old at 25-1 for the Supreme Novices' Hurdle.

FIRST PUBLISHED 2:20PM, JAN 18 2020
Sam got another gear out of him. He's a nice horse and the Betfair Hurdle might be his next race