Stewards' Cup: punting pointers and trainer views as Foxtrot bids to waltz in

Foxtrot Lady (near): favourite to emulate her half-sister at Goodwood
Martin Lynch (racingpost.com/photos)
1 of 1
By Peter Scargill UPDATED 12:25PM, AUG 4 2018

Two years ago Andrew Balding sent out a three-year-old filly called Dancing Star to win the Unibet Stewards’ Cup as the well-backed favourite.

She carried the colours of owner-breeder Jeff Smith and was partnered by David Probert to her emphatic victory in the £250,000 contest, having landed a race at Newmarket’s July meeting on her previous run.

Unsurprisingly there is a strong sense of deja vu around the appearance of Foxtrot Lady this year. She races for the same connections and won the same race at Newmarket last time. To complete the deal, she is a half-sister to the 2016 Stewards’ Cup heroine.

“They’re very similar horses,” said Balding. “This filly perhaps achieved a little more at two than her sister, but they're very alike.

“This was always the plan after Newmarket if we were lucky enough to win there and get in here. She’s in great form.”

Asked how it would feel to win the Stewards’ Cup with siblings, the trainer added: “I’ll tell you that after they’ve crossed the line! It’s a terribly difficult race to win and you can never go in thinking you’re going to win a Stewards’ Cup.

"Maybe we’ve used up our luck by winning it with her sister? I’d just be delighted if she could finish in the first three.”

Foxtrot Lady may well go off favourite, like her half-sister, and those towards the head of the market have a good recent record. Horses with single-figure prices have won five of the last ten runnings, with three favourites winning in that period.

Age and history against a Lancelot repeat

It has been 50 years since the last back-to-back winner of the Stewards’ Cup, but trainer Dean Ivory believes Lancelot Du Lac has every chance of emulating Sky Diver’s achievements.

Owned by Michael and Heather Yarrow, the eight-year-old would also be the oldest winner of the race since Shikari’s Son scored at the same age in 1995.

Ivory said: “I think he’s as good this year as he was last, so I’d like to think we’ll get another good run. There’s a bit of a question mark about the ground, as it’s a bit on the quick side potentially, but it’s the same for all of them and you get only one chance a year to run here. 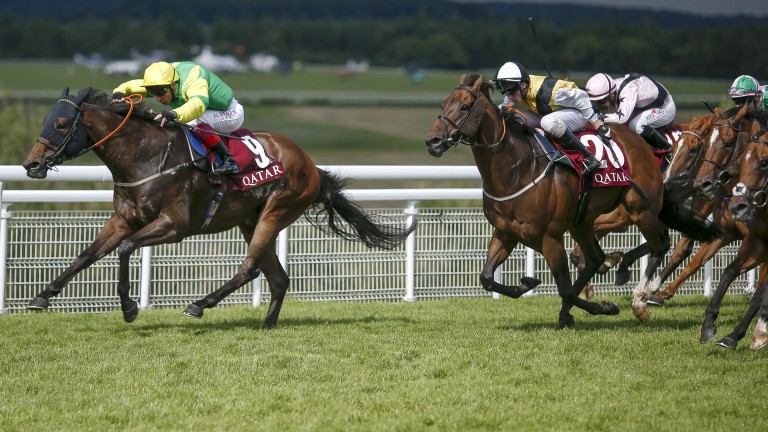 Lancelot Du Lac and Frankie Dettori power to victory in last year's Stewards' Cup
Alan Crowhurst
“I think winning the race again is maybe something that’s best to talk about if it happens. To win it two years in a row with the same horse would be very special. To win one is hard enough.”

Ivory’s Stewards’ Cup challenge is bolstered by Eirene, and the trainer added: “The ground has been a bit too firm for her and she suffered a lot from the pollen earlier this year.

“She's been working very well in the build-up and gets some weight off of the others. She’s a talented filly and we’ve not seen the best of her yet – I wouldn’t be running if I didn’t think that. I just worry about the ground for her.”

Head Of Steam was the last horse to make a seasonal reappearance in the Stewards’ Cup, finishing last in 2012.

This year Glenamoy Lad returns to the course for the first time in 2018, and finishing last is far from the thoughts of trainer Michael Wigham.

“He ran at the end of November, after which we shut down the yard for the winter,” he said. “We wanted to give him some time to strengthen up and mature, and he’s a much stronger horse this year. 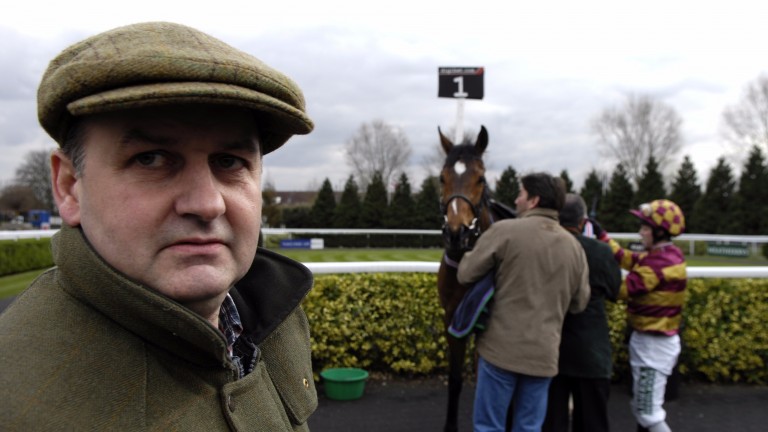 “This has been the plan all along. We were going to run in the Scurry Handicap in Ireland before coming here and then go on to races like the Portland and Ayr Gold Cup.

"Unfortunately he had a problem with his eye, so he couldn’t run in Ireland as he wasn’t ready. That’s why he’s wearing the eyeshield, just to protect him. He probably won’t need it in a few weeks, but I don’t want him being hit with something."

He added: “He’s fine now, he’s ready for the race and we’re really excited about his chances.”

You're hired! Apprentices in demand

Nine of the 25 runners in this year’s Stewards’ Cup are partnered by apprentices, as trainers seek to gain the little edge that can make all the difference.

Topweight Gifted Master will have the assistance of the talented 5lb claimer Jason Watson, and trainer Hugo Palmer has confidence in his rider.

He said: "It's bold move claiming off him, but Jason isn't one of those little light apprentices who have to carry 2st of lead. He's a grown up size, 8st 5lb or 8st 6lb is his minimum weight.

“I’m confident the horse is in great shape, I know he handles Goodwood because he's been third in the Lennox. He always gives a good run for his money and wears his heart on his sleeve.”

Richard Fahey, trainer of George Bowen, Growl and Marie Of Lyon
George Bowen has a big task on with a penalty. However, you’d have to give him a chance on his York and Hamilton runs. Growl ran okay last week. Rain would be in his favour. I thought early this year that this would be a race for Marie Of Lyon. She, too, would be suited by slower ground. 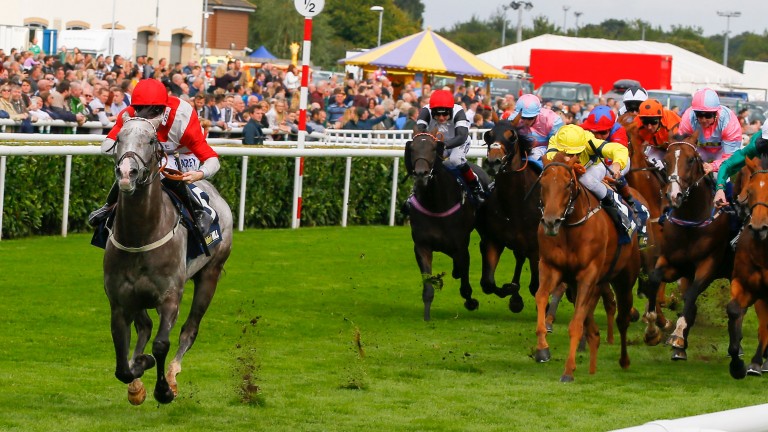 Clive Cox, trainer of Tis Marvellous
He ran a blinder in the Wokingham and will appreciate the fast ground. A similar performance will hopefully see him in the mix.

Peter Hedger, trainer of Silent Echo
He's showing plenty of speed at home. He’s 2lb better off here than he was in the Wokingham at Royal Ascot, where he finished fifth. I would be disappointed if he's not in the first five.

Ben Curtis, rider of Gunmetal
The more the ground dries out the better his prospects, as nice, quick ground really suits him. He’s very straightforward. He lacked a bit of cover at the Curragh last time but still ran well.

Jason Kelly, assistant to David O'Meara, trainer of Watchable and Muscika
Watchable won last time over five furlongs but we think a sharp six like Goodwood will suit him. Muscika is up in grade and ran okay last week. Again, we think the track should play to his strengths.

Richard Hannon, trainer of Tupi
He’s very experienced in these type of races. He’s in good form at home and we think he retains plenty of ability.

John Bridger, trainer of Pettochside
We didn’t think he’d get into the race so we ran him the other day. Fortunately we have got in and both I and the owner have always wanted a runner in it. He didn’t have a hard race the other day as he was stopped a bit and he seems in good order. He likes the track too.

Roger Varian, trainer of Atletico
His turf handicap mark is attractive, based on his peak all-weather form, and he wouldn’t be without a chance if reproducing his best efforts.

FIRST PUBLISHED 6:00PM, AUG 3 2018
This was always the plan after Newmarket if we were lucky enough to win there and get in here. She’s in great form