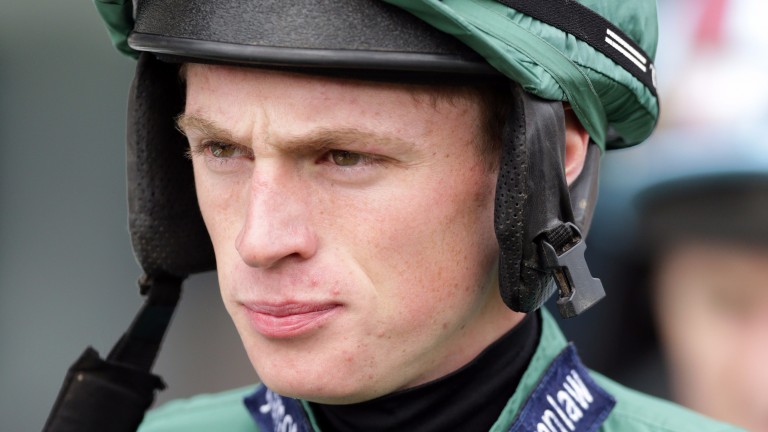 With the racing industry plagued by a staffing crisis trainer Evan Williams can count himself lucky he is able to rely upon a man as dedicated as Conor Ring.

The conditional jockey does not let the small matter of being run over by a horse, and looking like "he had done six rounds with Mike Tyson", stop him reporting for work in the morning.

After taking a crashing fall in the final race at Newton Abbot on Wednesday, Ring was taken to Torbay hospital for further examination and was reported to be "dazed and very sore but conscious" by a racecourse spokesman.

The last thing his concerned boss would have been expecting was for Ring to turn up as normal for first lot the following morning. But that's what happened.

Speaking on Thursday morning, Williams said: "Conor was let out of hospital last night and he was in here first thing riding out. He's an absolute credit to his profession.

"He looks like he's done six rounds with Mike Tyson. I told him he could take the day off but he said he didn't want to just be sitting around at home. He has the most remarkable attitude – if every horse had an attitude like Conor they would be a champion."

Ring has ridden 44 winners under rules and gained his biggest success in 2014 when partnering Wychwoods Brook to win the Peter Marsh Chase for Williams.