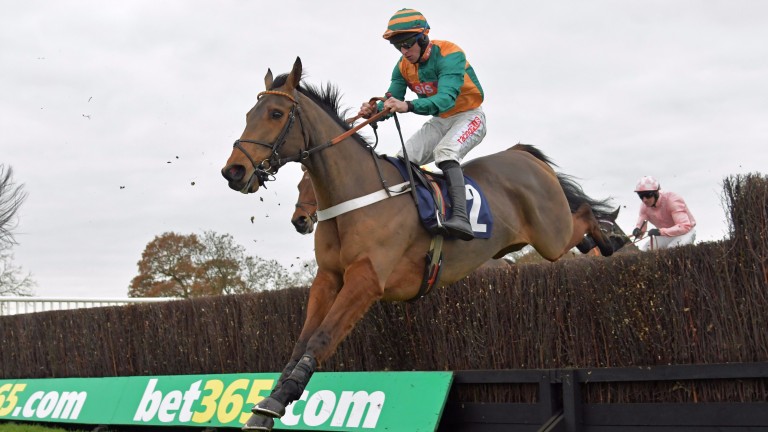 Galway (5.20 ATR) picks up the Festival fever from Goodwood this evening after Worcester (5.05 ATR) starts proceedings with a card featuring one of the classiest runners of the evening in Cole Harden. Irish runners are not confined to Galway as Perth (5.50 ATR) has a raft of runners from across the Irish Sea.

The 2015 Stayers' Hurdle winner is given another chance over fences having looked anything but a natural when a beaten odds-on favourite on his first two tries.

The first gowas the most disappointing as he had more than a stone in hand of his rivals but last time at Ffos Las it was a more honourable defeat.

However, his jumping still lacked fluency on occasions, and hopefully it will be third time lucky for the eight-year-old and his rider Gavin Sheehan.

It is not all one-way traffic tonight with Irish runners swamping Perth's jump meeting. David Evans has taken two runners to Galway.

The Monmouthshire trainer often breaks the mould with the way he runs his horses and Athassel is making a quick reappearance after running down the field in the Longines lady riders' race at Ascot on Saturday.

Interestingly Evans has managed to get Donnacha O'Brien to ride the topweight, but his best form has been on the all-weather where all of his eight career wins have been achieved.

The last of Gordon Elliott's five runners on the card and fourth of the evening for leading Irish amateur Jamie Codd, but this topweight in the amateur riders' handicap hurdle is not even favourite against five rivals.

The six-year-old has not been seen since last September when he again travelled to Perth and came up against Moon Racer and Ballyandy –two Cheltenham Festival bumper winners!

Keep up to date with all the latest details from this evening's meetings with Raceday Liveon racingpost.com