Stayers' second Lil Rockerfeller on the hunt for riches 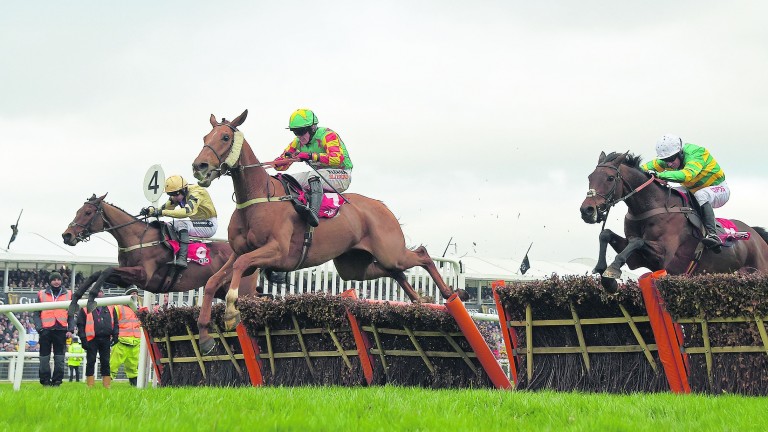 Lil Rockerfeller faces a different cast in this year's bet365-backed West Yorkshire Hurdle to 12 months ago, but roles are much the same.

Silsol won the race last year and Paul Nicholls saddles Ptit Zig, another horse he has campaigned over hurdles in France. In place of last year's last-flight faller Ballyoptic, who was coming with a run, is Wholestone, another classy second-season hurdler from the Twiston-Davies yard.

Even Lil Rockerfeller himself, third last year and reported to be "looking terrific" by trainer Neil King earlier in the week, has had something of a makeover, going from the star of a medium-sized yard to championship runner-up following a career-best run in the Stayers' Hurdle in March.

King is confident, but so is the opposition.

Nicholls said of Ptit Zig: "He always goes well fresh and is in good shape. Some of his form last year I'd say is good enough to win this, especially the run with L'Ami Serge at Sandown."

Twiston-Davies said of Wholestone, a promising fourth in the Silver Trophy at Chepstow on his comeback: "On handicap marks he'll struggle, but he's improving and ran really well at Chepstow over a trip half a mile too short.

"We went this route with Ballyoptic last season and it nearly came off. We'll find out how good he is, and if he fluffs his lines we'll think about novice chasing."

Chasing is an option that many of the losers will consider. It also extends to Fountains Windfall, something of a dark horse after his impressive handicap success at the Grand National meeting.

Somewhat perversely, that success means he has to give weight away to rivals with some seriously classy recent form.

His trainer Anthony Honeyball said: "He blew away a field of good handicappers at Aintree. He's seven, rising eight, so we gave a lot of thought to going chasing, but this race just landed so perfectly in the calendar for him we didn't take a lot of persuading to give it a try."

He added: "He'll like the ground, the long straight will suit him and everything is right for him to show us where he is. If he runs well he could be a Stayers' Hurdle horse and we'd go to Newbury [for the Long Distance Hurdle] next, otherwise we'd probably switch to fences."

FIRST PUBLISHED 5:38PM, NOV 3 2017
We went this route with Ballyoptic last season and it nearly came off