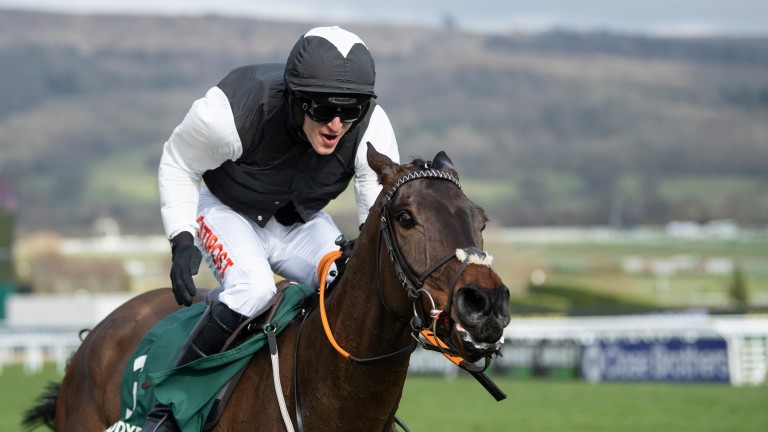 Flooring Porter: reunited with Danny Mullins in the Lismullen Hurdle on Sunday
Edward Whitaker
1 of 1
By Mark Boylan 6:00PM, NOV 6 2021

Few would have envisaged Flooring Porter as a future Stayers' Hurdle hero when he last appeared at Navan 11 months ago, winning a Grade B handicap hurdle off a mark of 136. However, he begins the road to a defence of his Cheltenham title at the same venue this term.

It was a highly impressive performance from the Gavin Cromwell-trained six-year-old in March considering his strong-travelling nature. There is no getting away from the fact he also has his quirks, though, and his headstrong antics before the off at the Punchestown festival, as well as effectively pulling away his chance when the tapes went up, cost him dearly when last seen in April. 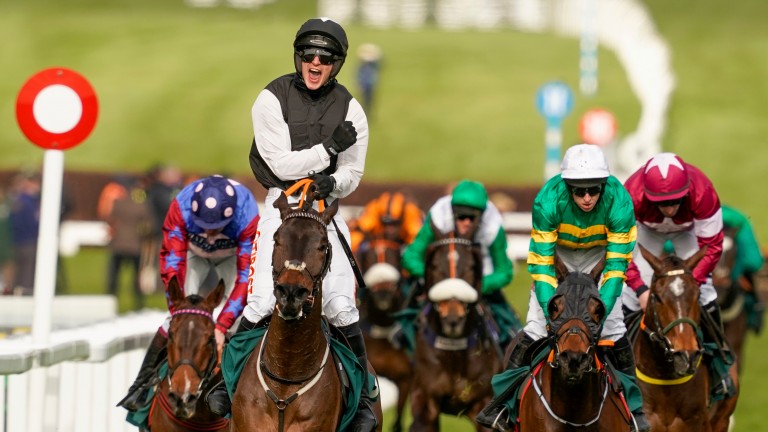 Danny Mullins, who stepped in for the injured Jonathan Moore to score at Cheltenham, is back in the plate.

Flooring Porter's best form comes when going left-handed, as opposed to how he raced at Punchestown, and there is some encouragement that he has won at Navan before.

Dropping to 2m4f may not be an obvious plus here, but the shorter trip certainly has its advantages. Not having too hard a race on his seasonal bow is appealing with a view to the rest of the season given his running style.

A 10-1 shot for this season's Paddy Power Stayers' Hurdle, Flooring Porter did win a Bellewstown maiden hurdle over 2m½f on good ground back in August 2019. However, that was a very ordinary affair restricted to horses who had never finished in the first three under rules so it is probably unwise to make assumptions about his aptitude for this test on that basis.

On the other hand, Flooring Porter's main market rival Sire Du Berlais, winner of this race 12 months ago on much softer ground and runner-up to Flooring Porter at Cheltenham, is clearly more effective over 3m in the spring.

Galmoy Hurdle winner Sams Profile, who reverts back to hurdles after attempting to restart his chase career last time at Galway, is an interesting candidate considering his versatility in terms of ground. He has some strong form at around 2m4f as a novice too.

If there is an emphasis on pace it would most likely suit Darasso, but he has a fair deal to find at the weights given his rating of 148. However, he does have the benefit of race-fitness having been on the go throughout the summer, and he shaped well in defeat when second to an astutely ridden Saldier in a Grade 3 at Tipperary last month. The third home, Jason The Militant, has since boosted the form, winning a Listed race on the Flat at Naas. 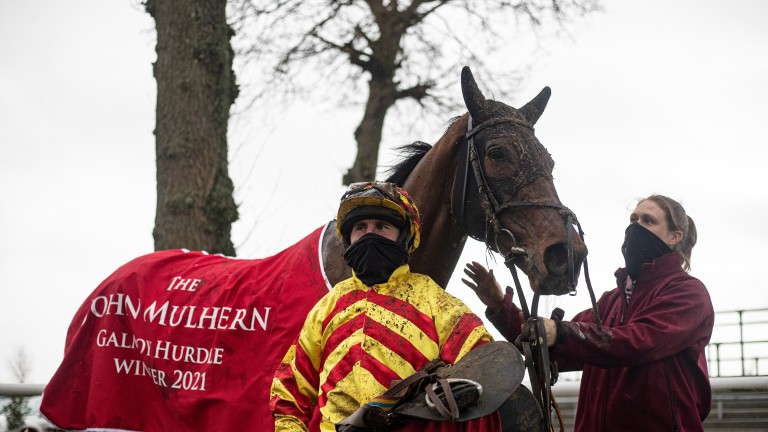 Grand Roi, rated 1lb lower than Darasso, will be making his first appearance since finishing down the field as 6-1 favourite for the Coral Cup at Cheltenham in March. He improved for his first run of the season last term so will be interesting to watch with a view to targets later this winter.

Completing the field is Nibblers Charm, who will be far more appealing when reverting to handicap company. He'll probably be outclassed here given his mark of 134, but a clear round will guarantee connections a share of the prize-money in this six-runner affair.

Gavin Cromwell, trainer of Flooring Porter
It looks like a nice starting point for him even though the trip is short of his optimum. He's won at Navan before so we're happy that this track suits him. We'll be trying to keep him running at left-handed tracks as much as we can.

Gordon Elliott, trainer of Grand Roi and Sire Du Berlais
Sire Du Berlais won this race last year but is a better horse over further than two and a half miles. It looks like Flooring Porter is going to be hard to beat, but we'll see how things go. Grand Roi is making his first start of the season and probably has an each-way chance.

Mouse Morris, trainer of Sams Profile
Hopefully this will be a good confidence-booster for him back over hurdles, having been chasing. We can think about where we want to go with him for the next while after this. The ground was obviously testing when he won at Gowran last January, but I wouldn't be concerned about him on nice ground. Some of his best form as a novice came on good ground, as it was when second to Battleoverdoyen in a Grade 1 at Naas.

Upping The Ante star Gavin Lynch joins the Racing Post roster for a weekly Saturday column throughout the jumps season. He'll offer a guide to the weekend action, highlight the horses and races to watch and share his punting wisdom. Read it every Saturday in the Racing Post or online from 4pm every Friday.

FIRST PUBLISHED 6:00PM, NOV 6 2021
It looks like a nice starting point for him even though the trip is short of his optimum