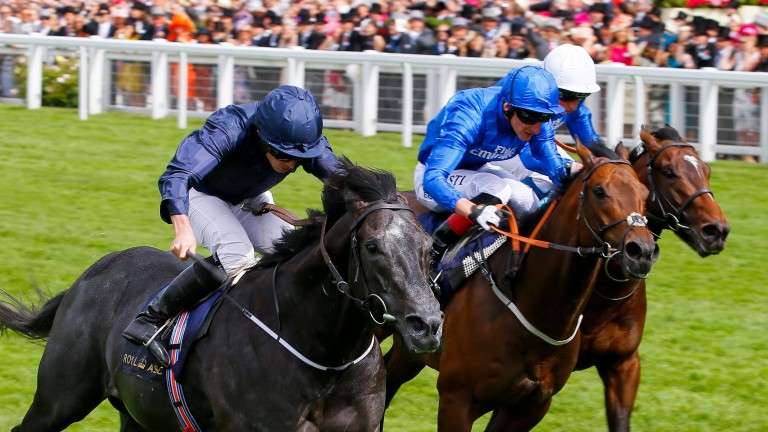 The Darley July Cup is regarded as Europe's most prestigious sprint and Saturday's edition promises to live up to its billing as top three-year-olds Caravaggio and Harry Angel have been declared along with leading older speedsters Limato and The Tin Man.

Unbeaten in six starts, Caravaggio was three-quarters of a length in front of Harry Angel in the Commonwealth Cup at Royal Ascot, while The Tin Man and Limato – last year's July Cup winner – were first and third in the Diamond Jubilee Stakes.

Splitting The Tin Man and Limato was Tasleet, who also runs on Saturday, while Brando, Growl, Intisaab, Mr Lupton and Intelligence Cross complete the ten-runner field.

Ten runners are also set to go to post in the Irish Oaks, with Enable, winner of the Oaks at Epsom, the star attraction. John Gosden's star is bidding to become the sixth filly in the last 20 years to complete the Epsom and Curragh Classic double.

FIRST PUBLISHED 11:17AM, JUL 13 2017
The Tin Man and Limato - last year's July Cup winner - were first and third in the Diamond Jubilee Stakes