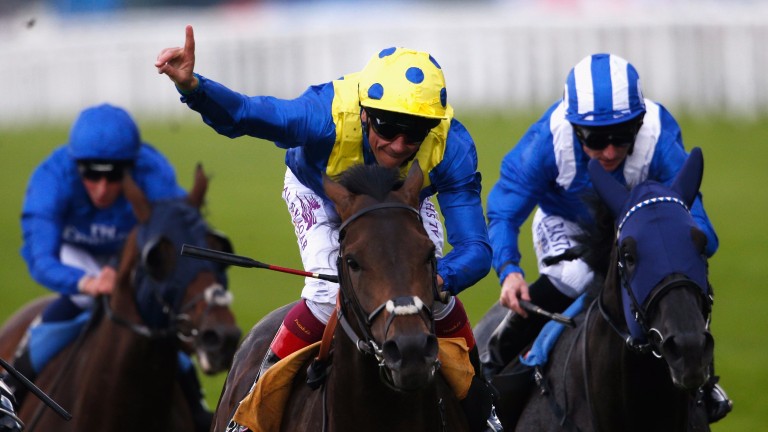 Royal Ascot winner Across The Stars could join the list of Newmarket stars booked for the Group 1 Dubai Sheema Classic, which is shaping up to rival the main event on World Cup night at Meydan on March 25.

Sir Michael Stoute, who last won the $5 million contest with Fantastic Light in 2000, has pencilled in last year's Group 2 King Edward VII Stakes winner for a return to action in Dubai, where he could clash with last year's winner Postponed and the classy Jack Hobbs in a mouthwatering showdown.

Across The Stars, who was last seen in action when trying to give 3lb to Idaho in the Group 2 Great Voltigeur Stakes at York in August, has recently resumed cantering and has been introduced as a 12-1 chance with Paddy Power for glory in the Gulf.

Bruce Raymond, racing manager to owner Saeed Suhail, said: "All's well with Across The Stars and Sir Michael has mentioned the Sheema Classic as a possible starting point for him. He's resumed cantering and it would look a suitable race as he likes fast ground and a mile and a half."

Postponed, who heads the market at 2-1, is set to follow the same route as last year when he kicked off his season with a win in the Group 2 City Of Gold on Super Saturday before going on to beat Duramente in the Sheema.

Jack Hobbs, who is owned by Godolphin and partners, has long been earmarked for the contest and is set to head straight to post for a race his trainer won in 2010 with Dar Re Mi.

After sustaining a fracture on his seasonal return last spring, Jack Hobbs looked as good as ever when returning to finish third in the Group 1 Qipco Champion Stakes at Ascot in October.

A 13-2 chance with Power for the Sheema Classic, Jack Hobbs is another candidate who has resumed cantering in recent weeks.

FIRST PUBLISHED 1:31PM, JAN 10 2017
He's resumed cantering and it would look a suitable race as he likes fast ground and a mile and a half