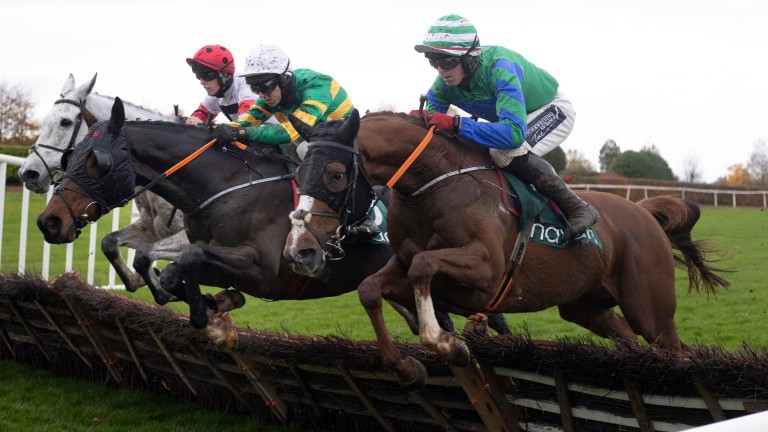 Paisley Park and Thyme Hill served up a spectacular staying hurdle clash at Ascot earlier this month and Monday's Leopardstown Christmas Hurdle has the makings of an equally enthralling contest with Gordon Elliott sending out a top-notch trio of three-milers.

Sire Du Berlais steps into Grade 1 company for the first time and will attempt to cement his credentials as the leading Paddy Power Stayers' Hurdle contender on this side of the Irish Sea, while up-and-coming stablemate Fury Road was knocking on the door at this level as a novice last term.

Both competitors made winning returns in Grade 2 company last month, while Elliott's third challenger The Storyteller comes here on the back of a last-gasp Grade 1 success in the Ladbrokes Champion Chase eight weeks ago. 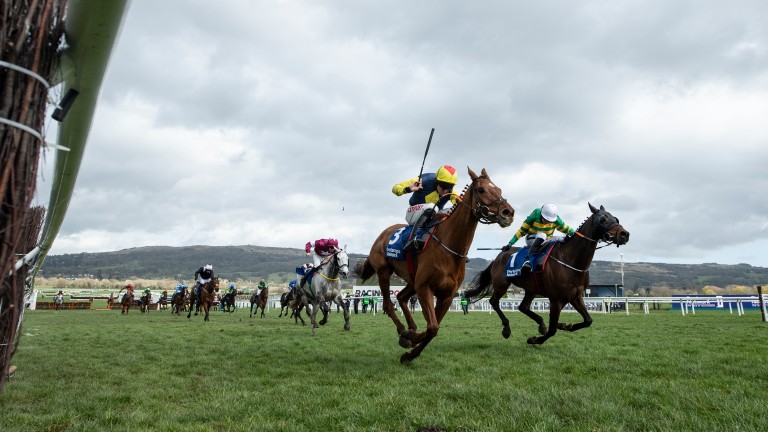 Considering there was just a half a length separating him and Sire Du Berlais when the latter was receiving 3lb in victory in last season's Pertemps Final, The Storyteller could be slightly overlooked in the market relative to the JP McManus-owned favourite.

The Matthew Smith-trained Ronald Pump may have reeled in Honeysuckle in the Bar One Racing Hatton's Grace at Fairyhouse with another few strides and rates a major danger returning to 3m from 2m4f.

Pricewise: Tom Segal with a longshot 'with the best piece of form' to back in Savills Chase

Paul Kealy fancies an outsider stepping up in trip at Leopardstown

The Stayers' Hurdle second has gone close around this track previously and is likely to have improved a fair deal from his return in the Lismullen Hurdle, falling at the final flight when Sire Du Berlais appeared to be getting the upper hand.

French Dynamite, trained by Mouse Morris, produced an excellent effort on that occasion when second and is bound to pick up some valuable experience in this company, while the third from that occasion, Sixshooter, looks an ideal candidate to enjoy this longer trip. 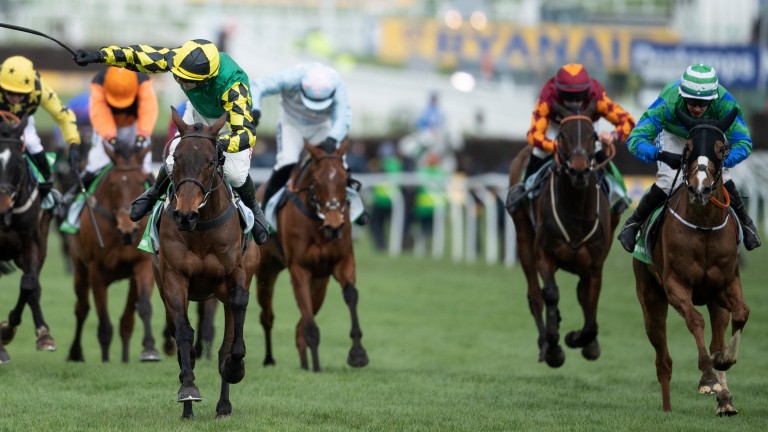 The Gavin Cromwell-trained Flooring Porter is undoubtedly a useful operator when bringing his A-game, but this is a big step up as he transitions from his handicap romp off 136 at Navan last time to top-level company here.

He's up to a mark of 150 and connections have had to supplement him for €10,000, with a top-three finish here ensuring that they at least cover that cost.

Willie Mullins is double-handed, sending out proven staying hurdlers Bapaume and Bacardys. Paul Townend rides the former, but Bacardys arrives here with the better recent form having finished fourth to Honeysuckle and Ronald Pump in the Hatton's Grace four weeks ago.

Willie Mullins, trainer of Bapaume and Bacardys
Both have chances as such and we're hoping they can run well.

Gavin Cromwell, trainer of Flooring Porter
He got a huge hike for his win at Navan last time but he probably deserved it and we decided to supplement him for this off the back of that. It's a massive step up and a bit of an unknown, but he's come out of his last run very well and if he's up to this level he should be in the mix.

Mouse Morris, trainer of French Dynamite
We hope he'll run a big race, although he's still a bit novicey. He's stepping up to three miles but he won a point-to-point previously and I don't see any reason why he won't stay.

Gordon Elliott, trainer of Sire Du Berlais, Fury Road and The Storyteller
Sire Du Berlais has done nothing wrong, winning the past couple of runnings of the Pertemps, and the rain that fell on Saturday night will have helped him. Fury Road is in good form and three miles seems to suit him well. The Storyteller is not without a chance either. He was second in the Pertemps behind Sire Du Berlais last year and we just felt that the Savills Chase was very competitive – it's nearly as competitive as a Gold Cup – which is why we're coming back over hurdles with him.

Matthew Smith, trainer of Ronald Pump
He's in great form and won't mind the rain that's falling. It's a proper race against some very good horses, but we're looking forward to it and he ran a cracker in the Pertemps qualifier around the track last year off a big weight.

Noel Meade, trainer of Sixshooter
I think the step up to three miles will suit him really well. The ground should be good for him too.

Members' Club: stars out in force for Savills Chase brimming with quality and intrigue

Members' Club: can he follow up his 125-1 winner? Nick Kent hoping for festive treat on ITV4

FIRST PUBLISHED 6:00PM, DEC 27 2020
Sire Du Berlais has done nothing wrong, winning the past couple of runnings of the Pertemps, and the rain that fell on Saturday night will have helped

Red-hot Mike O'Connor proves the master once again for in-form Henry de Bromhead Rachael Blackmore bids for more big-race glory - but this time she's on the Flat Last race off: can Willie Mullins and Ryan Moore strike with fancied Saldier? Speak In Colours in 'really good shape' in bid for back-to-back Ballycorus wins Willie Mullins names the five horses he plans to take to Royal Ascot next week