Stamina sure to be at a premium at Sandown on Saturday 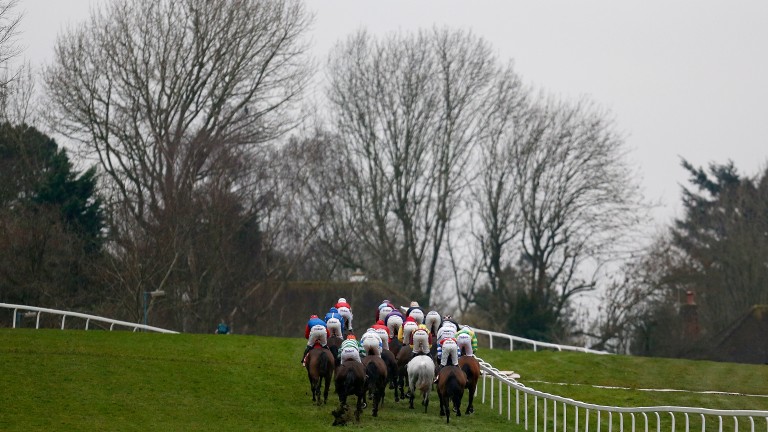 Testing ground will await the runners at Sandown on Saturday, with clerk of the course Andrew Cooper describing conditions as "proper winter soft ground".

A clutch of Cheltenham Festival hopefuls are due to be in action on the card, with the highlights being the Listed Contenders Hurdle and Grade 1 Scilly Isles Novices' Chase, both backed by Betfred, and the going on Thursday was soft on the chase course, and soft, heavy in places over hurdles.

Cooper added: "We've had 20mm since Sunday, and it's mainly soft with some heavy places on the hurdles track.

"Strong winds are forecast on Friday evening and there might be some further rain around on Saturday. But there are no immediate issues, we're fine at the moment. We'll keep an eye on the weather for the next 36 to 48 hours."

Musselburgh's two-day festival trials fixture beginning on Saturday is also not expected to be affected by the weather, despite rain and strong winds forecast for much of Britain.

Clerk of the course Harriet Graham said: "The going is good. The last rain we had was last Saturday. We're expecting it to get windier, and expect some rain on Saturday, up to 6mm.

"But the forecasters haven't been very definite and the rain could be to the south of us."

Chepstow was not so lucky in avoiding the rain, and Friday's meeting was cancelled following an inspection on Thursday, with the track waterlogged in places.

No problems are anticipated for Friday's other British jumps fixture at Catterick, where the going is soft, and the ground is also soft at Wetherby for Saturday.

However, Monday's jumps fixture at Lingfield is in jeopardy, with the course heavy, waterlogged in places and more rain forecast.

Clerk of the course Ed Arkell said: "We need the forecast to be very wrong and to see significant improvement."

FIRST PUBLISHED 3:31PM, FEB 2 2017
Strong winds are forecast on Friday evening and there might be some further rain around on Saturday. But there are no immediate issues, we're fine at the moment

'He knows what he's doing' - longer trip no problem for Goldie star Tommy G 'No-one can cope with that volume of rain' - Sandown's evening card abandoned Hollie Doyle rides: can Group 1 star keep up her flying form at Sandown? Bookies call Sunday Series 'an absolute winner' after promising day one turnover Big-priced outsider Abel Handy has early pace to outrun his odds 'He should have a very good chance' - Tim Easterby keen on Danzan's prospects