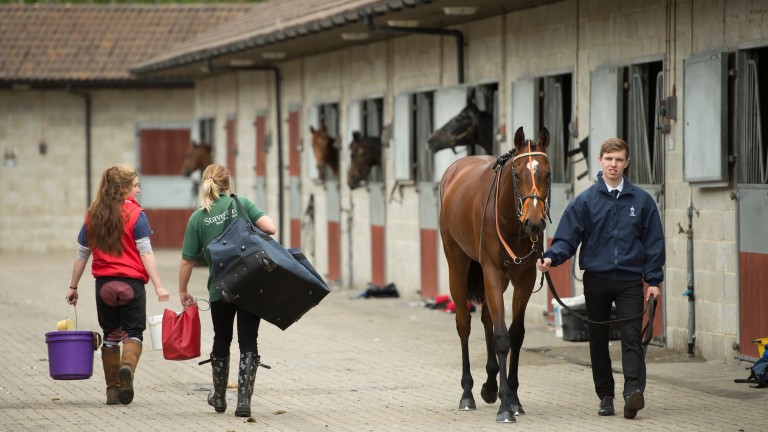 Irish Stable Staff Association (ISSA) chairman Bernard Caldwell is taking some solace from the fact that Dundalk's fixture on December 23 will finish one hour earlier than usual. But if he had his way the fixture would not take place at all because of its proximity to Christmas.

"First of all, we tried to get it cancelled completely," Caldwell said. "It wasn't possible to do that as the fixtures were set up last year and the contracts had already been signed.

"We asked SIS, Horse Racing Ireland and Dundalk racecourse to try and change it to an afternoon meeting, but there were Christmas parties booked in and the earliest time we could get racing to start was 5pm."

Racing at Dundalk normally finishes at 9pm but on December 23, with the meeting starting an hour early, the last race will be run at 8pm.

Caldwell added: "It's the best outcome from what is a bad situation. Hopefully the staff that are on duty that night will get the morning off from their trainers to show some appreciation for their efforts during the Christmas period."

Caldwell was speaking ahead of what is a vital week for the ISSA. He is hoping to hear positive news about the proposed improved pay offer for stable staff following the AGM of the Irish Racehorse Trainers Association (IRTA), which takes place on Wednesday, November 23.

IRTA chairman Michael Grassick revealed to the Racing Post recently that the topic was of the highest importance, and Caldwell believes a pay increase is required.

He said: "I just hope the trainers can see the sense of what's going on. They need to wake up and see that it's not all about them anymore and we need to improve conditions for our staff.

"I hope we get some positive news this week, but I will be fighting either way and won't lie down on this matter."