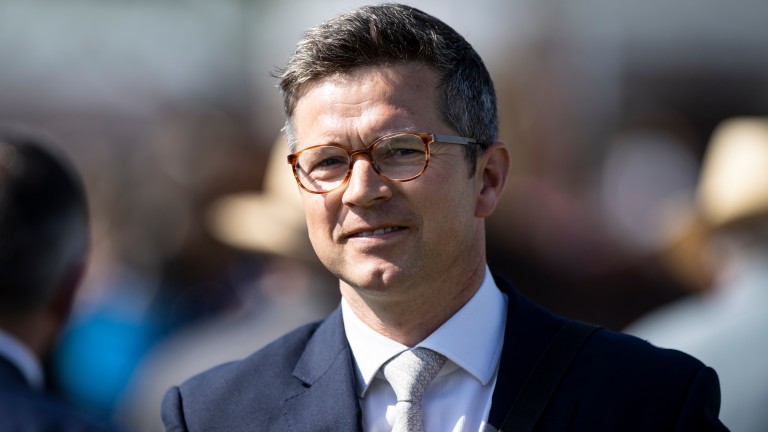 Valyrian Steel, the favourite for this afternoon's Old Newton Cup, has been ruled out on account of the softening ground at Haydock.

Another favoured conteder, Aaddeey, has also been ruled out, as have Grand Bazaar, Lost Eden and Pirate King.

Zabeel Champion and Dark Jedi have now assumed favouritism for the £100,000 handicap at 11-2, with the Sir Mark Prescott-trained Longsider next-best at 7-1.

St Mark's Basilica is the clear favourite for the four-runner Coral-Eclipse (3.35) at Sandown later this afternoon as Aidan O'Brien goes for his sixth victory in the historic Group 1.

The three-year-old has won the French 2,000 Guineas and French Derby already this season and is now a 5-4 shot (from 6-4) to claim a fourth career Group 1 success.

This year's Dubai Sheema Classic winner Mishriff has drifted out to 7-4 (from 6-4), with Addeybb next best in the market at 100-30 generally. Outsider El Drama is 28-1.

Paddy Power spokesman Paul Binfield said: "A small but boutique field for the first great clash of the generations and so far punters have sided with young pretender and French Classic winner St Mark’s Basilica who has been solid at the top of the market, while Saudi Cup and Sheema Classic hero Mishriff is on the drift."

The Saturday Jury: 'He has a very good chance' – jockey Sean Levey on his weekend prospects (Members' Club)

1.50 Sandown: is Arecibo a good thing? Graeme Rodway on what the Ascot sectionals tell us

2.25 Sandown: Tom Collins on Montatham's chances as he returns to a familar hunting ground

3.15 Haydock: Graeme Rodway on why we could be seeing a different kind of Sir Mark Prescott plot

3.35 Sandown: big-name trainers on their Group 1 contenders in the Coral-Eclipse this Saturday

3.35 Sandown: why this Eclipse could show us a champion – just not the one you might think (Members' Club)