Counting down the best winners according to Racing Post Ratings 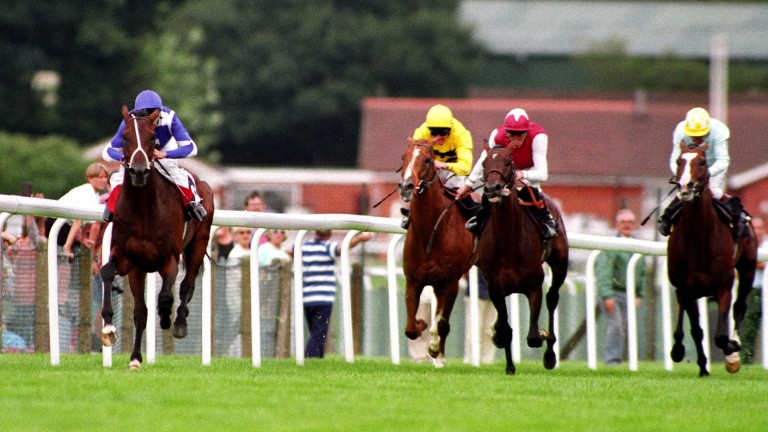 In the first of a six-part series building up to the King George, we focus on the best performances in the Ascot midsummer showpiece on Racing Post Ratings. Graham Dench kicks off with St Jovite, who recorded a figure of 133 in 1992

If an air of disbelief still lingered after St Jovite's stunning 12-length defeat of Derby winner Dr Devious in the Irish Derby, it took barely two and a half minutes for it to be dispelled for all time. Less actually, as the race was over the moment St Jovite quickened from the front rounding the turn.

In another ruthless display or relentless galloping under first-time rider Stephen Craine – in the saddle because regular partner Christy Roche had been unable to wriggle out of a 15-day suspension that had already been postponed once – Jim Bolger's American-bred made all and powered six lengths clear of the chasing Saddlers' Hall and Opera House, neither of whom ever looked remotely like making a race of it. 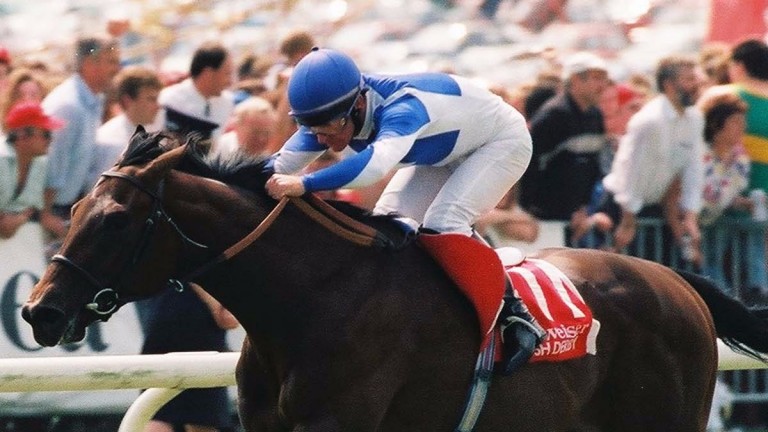 This was another awesome performance. Saddlers' Hall had won his previous four, including the Coronation Cup, and been a ten-length winner of both the John Porter and Ormonde, while Opera House had recently been second in the Coral-Eclipse – and went on to win the following year's King George.

The St Jovite of the Curragh and Ascot was clearly a very different beast to the one who had been beaten by Dr Devious following a difficult preparation at Epsom.

Bolger recalled on Sunday: "I don't think I ever saw a more impressive King George winner. He was a really good horse. 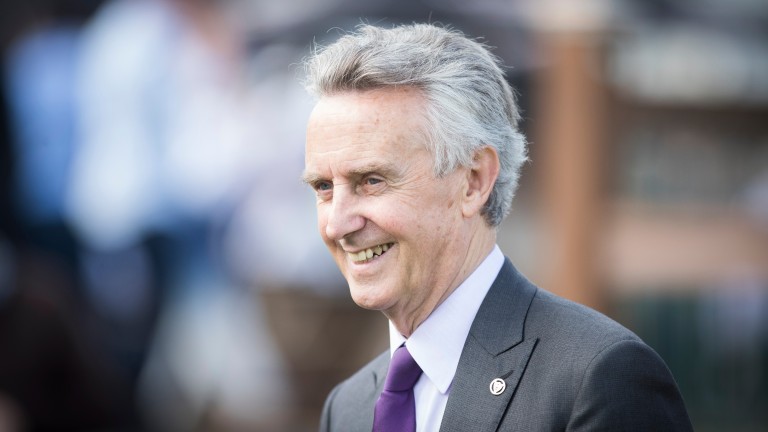 Jim Bolger: won the Eyrefield Stakes at Leopardstown for the fourth time in five years with Guaranteed
Patrick McCann (racingpost.com/photos)

"All he needed to do was to go right-handed on top of the ground, and I'd say he was unbeatable in those circumstances. Leopardstown was left-handed, but he still should have won, then it rained before the Arc and that did for his chances.

"I knew after he blew the house down at Epsom that he'd come on. He had a pacemaker to take him to the top of the hill at the Curragh, but he didn't need any such help at Ascot. I don't think Stephen had ever sat on him before the race but he was very straightforward and made every yard."

St Jovite finished 1992 as champion of Europe thanks to his 12-length success over Derby winner Dr Devious in the Irish Derby, where he turned around his Epsom defeat in no uncertain terms to post a Racing Post Rating of 134.

His follow-up win in the King George was the icing on the cake, the six-length beating of Coronation Cup hero Saddlers' Hall earning him a mark of 133. Those two wins were the best performances in Europe in 1992 on RPRs.

FIRST PUBLISHED 12:44PM, JUL 26 2017
He was a really good horse. All he needed to do was to go right handed on top-of-the-ground, and I'd say he was unbeatable in those circumstances