Sprinting the plan as Caravaggio is ruled out of French Guineas 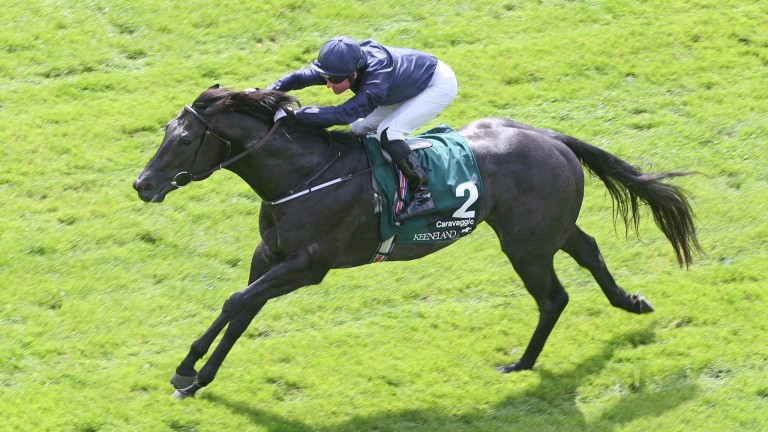 Aidan O’Brien has given his strongest indication yet that Caravaggio will be kept to sprint distances this summer after he ruled the unbeaten Group 1 winner out of the French 2,000 Guineas.

O’Brien is instead charting a path towards the Group 3 Lacken Stakes at Naas on Sunday week for last season's Phoenix Stakes winner, after which the Commonwealth Cup at Royal Ascot would be an obvious target.

O’Brien said: “Caravaggio is very good. He might run in the Lacken Stakes at Naas on his next start - it is very possible that will happen.

“He is a very quick horse and his work has been quick, so that's the way we are thinking with him at the moment.”

Orderofthegarter came into this season without a win after being beaten in a pair of Leopardstown maidens as a juvenile, but O'Brien has been impressed with the colt's two victories this term and is happy to send him to France for the 2,000 Guineas.

He said: “Orderofthegarter is improving and we have been delighted with him this term, so it is likely he will run. Whitecliffsofdover is also in the race but we are not sure if he will go or not.”

O’Brien is set to be represented by Rain Goddess and Roly Poly in the French 1,000 Guineas on Saturday.

He added: “Both Rain Goddess and Roly Poly will go to France. Roly Poly ran well at Newmarket on her first start of the season when she got a little bit laboured during the middle of the race. I would expect her to improve from that. She was just ring-rusty and stayed on at the end.

FIRST PUBLISHED 12:55PM, MAY 11 2017
He is a very quick horse and his work has been quick so that's the way we are thinking with him at the moment