Sprinter Sacre retired but not forgotten 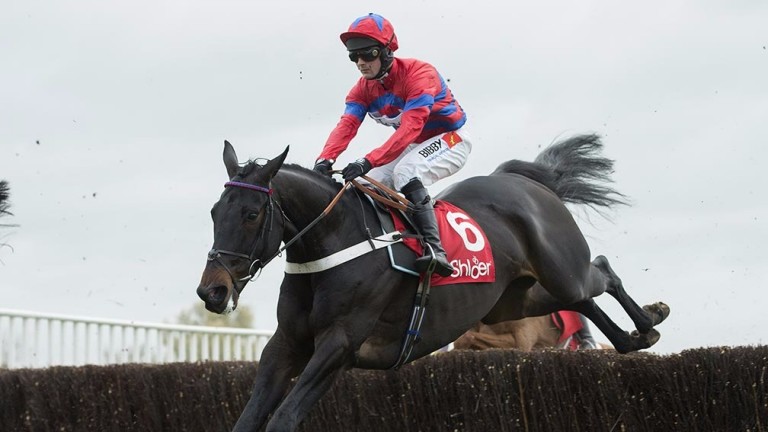 Sprinter Sacre puts in one of his renowned bold leaps
Patrick McCann (racingpost.com/photos)
1 of 1
By Bruce Jackson 5:13PM, DEC 2 2016

Sprinter Sacre has left racing's stage but the chaser of a lifetime picked up two final accolades at the Racehorse Owners' Association's annual horseracing awards dinner in London on Thursday night.

Sprinter Sacre, who was retired last month, took the Cheltenham Festival by storm with his victory in the Queen Mother Champion Chase three years after his first win in the top two-mile chase.

Douvan, who misses the Betfair Tingle Creek on Saturday, was still a winner in London this weekend picking up the novice chaser of the year.

Thistlecrack, the Ryanair World Hurdle winner and leading Timico Gold Cup hope and unbeaten as a chaser, was the outstanding hurdler.

Coolmore took many of the awards on the Flat with Minding (oustanding miler) and Found (outstanding filly and mare) taking their divisions along with Sue Magnier, Derrick Smith and Michael Tabor picking up the owner of the year award.

The special achievement award went to Mrs Danvers, owned by the Turf Club 2014 after the two-year-old filly completed an unbeaten season highlighted by her win in the Weatherbys Super Sprint at Newbury in the summer.

The Jonathan Portman-trained filly won almost £200,000 in prize-money having been led out unsold at £1,000 at the sales.

Chester may not have a Group 1 race in its calendar but it repeated last year's top-grade win in the ROA award for best large racecourse for owners.

Alan Pickering, ROA raceday committe chairman, said: “Chester was voted the large racecourse of the year in 2015, but they were not content to rest on their laurels and have come out on top once again. In particular the introduction of appearance money has proved extremely popular with our members. It is as expensive to get a losing horse to the track as a winning one which Chester have recognised."