Sprinter Sacre in contention for Horse of the Year crown 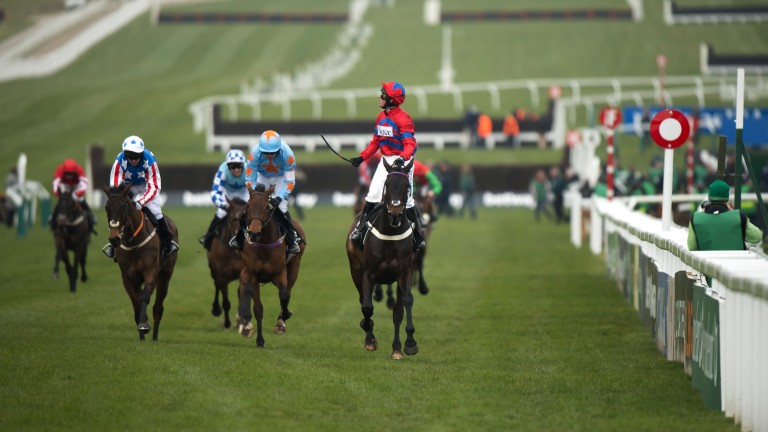 The recently retired Sprinter Sacre, who famously regained his Champion Chase crown with a barnstorming performance at this year's Cheltenham Festival, is one of six horses in the running to land the coveted Horse of the Year title at the 35th Racehorse Owner Association awards on Thursday.

Sprinter Sacre faces stern competition from fellow Cheltenham festival winners Douvan and Annie Power, while Almanzor, Found and Minding, who between them won a total of nine Group 1s on the Flat during 2016, are also nominated for the prize won last year by Golden Horn.

Vautour, who was tragically killed in a recent paddock accident, is in contention for the outstanding chaser award. He is up against Cue Card, Don Cossack and Sprinter Sacre.

Also in the running for an award is the evergreen Megalala, who is thought to be the oldest winner of a Flat race in Britain since the war having prevailed at Lingfield in June at the age of 15. The veteran is nominated for the special achievement award, along with Hoof It, Librisa Breeze, Lil Rockerfeller, Mrs Danvers, On The Fringe, Rocking Blues and Solstice Star.

Broadcasters Nick Luck and Mike Cattermole will host the awards at the Intercontinental Hotel on Park Lane in London.