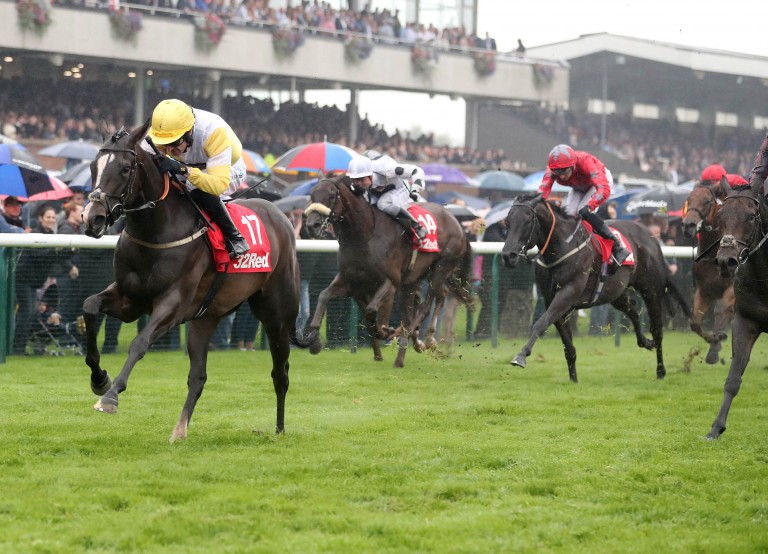 Haydock has moved Saturday's 32Red Sprint Cup to the third race on the card instead of the sixth to ensure the Group 1 is run on the best possible ground.

The 6f contest, originally scheduled to be the penultimate race, will now be run at 2.25 with other races shuffled around to accommodate the change.

It has been a wet week in the north-west, with the ground good to soft – enough, in itself, to make Limato a doubtful starter – and the threat of further rain has forced the course into action.

Speaking on Wednesday, clerk of the course Kirkland Tellwright said: "We had 19mm of rain on Monday and Tuesday and, while it's drier today, the forecast is poor for Thursday, Friday and Saturday. Some forecasts say we could get as much as 20mm.

"If it is going to rain through the card on top of that, we wanted the Sprint Cup to be run on the freshest possible ground."

Tellwright added the move was incidental to what transpired on Sprint Cup day last year, when the big race was run on deteriorating ground after the course received steady rain through the afternoon.

He said: "The original time for the race was, I think, the latest we'd ever run the Sprint Cup, so when we signed that time off with the various interested parties we added it might come to this if we had a wet week, which is what has happened."

Tellwright hopes the change has been made with ample time given to all parties.

"It would be possible to change the time after declarations, but a lot more difficult," he said. "We just wanted to give everyone enough time and we'd want everyone to know that, if the forecasts are right, we will be looking at racing on soft ground."

It is not just the Sprint Cup that has been moved. The Superior Mile, originally scheduled for 1.50, has been moved back to 3.35 and the Listed Ascendant Stakes bumped down the order to 1.50, with the fillies' handicap that had been set for the end of the card moved to the first race.