Spring carnival crowds of up to 5,000 people considered 'best-case scenario' 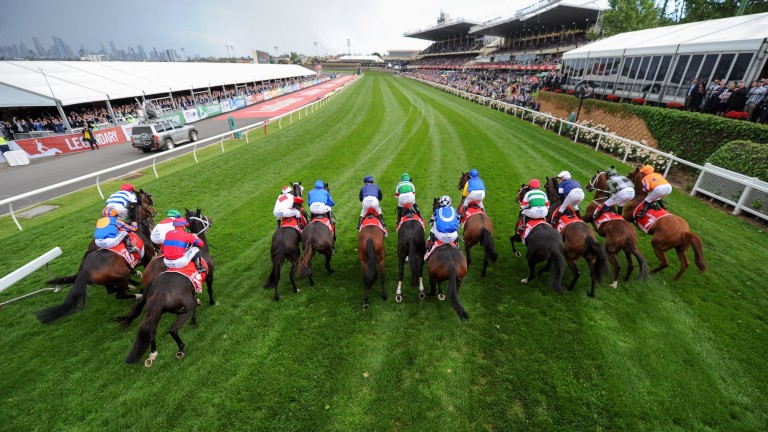 Crowds of up to 5,000 people at major racedays during the spring carnival are considered a “best-case scenario”, according to two club bosses.

Victoria’s second round of Covid-19 restrictions has caused significant planning and commercial pain for the clubs ahead of the spring carnival, which is due to begin next month.

And there is now an acceptance that even if Covid restrictions are eased back to stage two in Melbourne in late August, it’s likely to mean tough racecourse restrictions would remain throughout spring and make the idea of crowds at all remote.

The 100th Cox Plate is scheduled to take place on October 24 and Moonee Valley Racing Club boss Michael Browell conceded the significant anniversary is likely to take place with a maximum of 5,000 people on course, while it’s understood the Melbourne Racing Club is preparing for a crowd of about 5,000 for the Caulfield Cup as well.

Browell told racing.com: “We had a lot of great plans in place to celebrate the 100th running of the W.S Cox Plate. But with the restrictions in place from March, we’ve been mapping through the various scenarios and working to three or four different models.

“Then, of course, we had to pivot again a couple of weeks ago when the stage three restrictions were reimposed.

“It [no crowds] is certainly a possibility. If you take the roadmap coming out of the first lockdown and you apply that to the second lockdown, you would think it’s highly unlikely we will have big crowds here across the spring carnival. 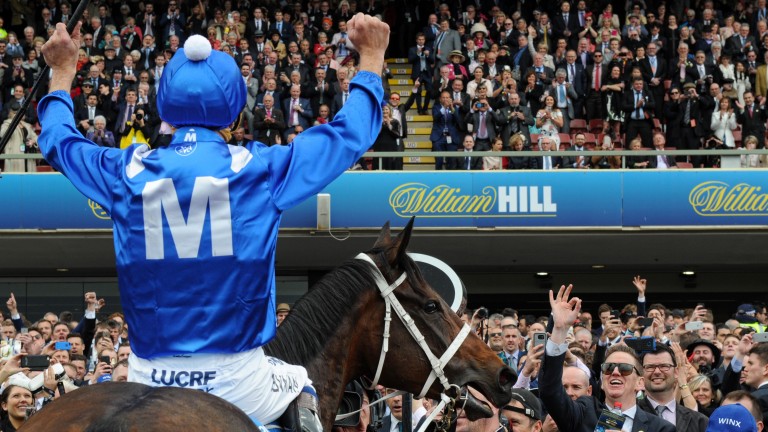 Browell admitted the latest Covid-19 spike was a setback to their three to four months of planning, but said he’d “like to think” the Cox Plate was not at risk.

“It’s certainly a difficult time for us all. We’ve done a lot of planning of course over the last three or four months, we thought we had the model set down and good to go,” Browell said.

“[There’s been a] big setback in Melbourne over the last two or three weeks, and we’re not too sure what the next three or four weeks holds.

“We managed to keep racing going through the first lockdown period. As long as we don’t progress from stage three to stage four restrictions then I’m confident racing can keep going.”

He added: “If the worst came to worst, we could be making a call on the week of the Cox Plate carnival. It’s far from ideal but we could leave it that late.”

“As it currently stands we won’t do temporary infrastructure this year,” he said.

“Currently all our planning is around the permanent infrastructure, the grandstands, the grassed area.

“The planning is around having different areas for those under what we assume will be the restrictions, around the four-square-metre rule and seated dining experiences in rooms with the right capacity.”

Blanksby said the lack of a crowd during the Caulfield Cup carnival would “be a big hit” for the club financially, but was confident it would come out the other end.

“Financially it will be very difficult for us,” he said. “We are comfortable with our overall business model [longer term].”

Australian meeting cancelled due to rise in Covid-19 cases

FIRST PUBLISHED 1:02PM, JUL 15 2020
If worst came to worst, we could be making a call the week of the Cox Plate carnival

‘Things are starting to come into place - this is just the beginning’ Watch: Contrail finishes racing career with breathtaking Japan Cup success Aidan O'Brien double-handed in Japan Cup as Broome and Japan take on Contrail Godolphin's Creative Force to have Group 1 Al Quoz Sprint as early 2022 target Prize-money to return to record levels next year following PMU success 'It's strictly a personal decision' - Peter Miller to take hiatus from training