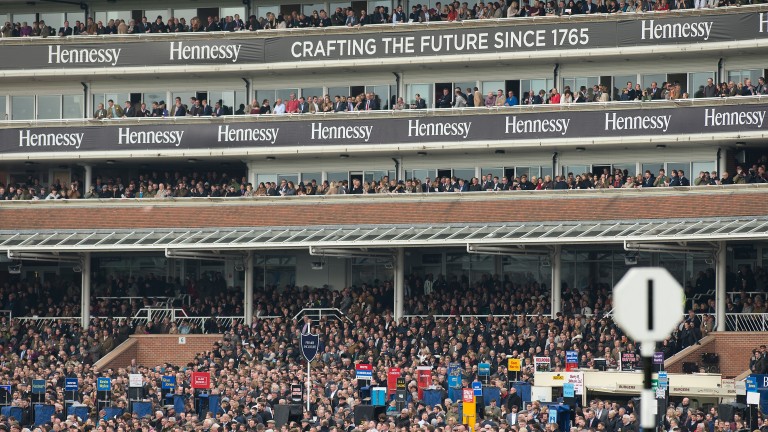 Talks to extend Hennessy's backing of Newbury's flagship contest are due to take place soon, officials at the track said, despite increasing speculation yesterday's race would be the last in its current guise.

The drinks brand has been associated with the course's best-known race for 60 years, an association that makes it one of the most longstanding in the sport.

However, the deal is at an end and there has been much speculation it will not be extended.

Newbury's chief executive Julian Thick said: "This year is the final running of the current contract with Hennessy and we'll sit down and talk with them about the future."

Should the Hennessy slot become available it would be a much-sought-after one and rumours suggest Ladbrokes are poised to step into the breach.

The bookmakers are not aligned with British racing's authorised betting partner policy and have recently lost high-profile links with the World Hurdle and St Leger.

Those races are staged at tracks owned by Jockey Club Racecourses and Arc, which do not allow non-ABP firms to sponsor at their venues.

Newbury, however, has not entered into the agreement, so Ladbrokes, who would likely be keen to find a prestigious race to become attached to, would be in a position to come on board.

Any deal with Ladbrokes would inevitably make it impossible for bet365's wider support of the two-day meeting to continue.

FIRST PUBLISHED 4:20PM, NOV 26 2016
This year is the final running of the current contract with Hennessy and we'll sit down and talk with them about the future