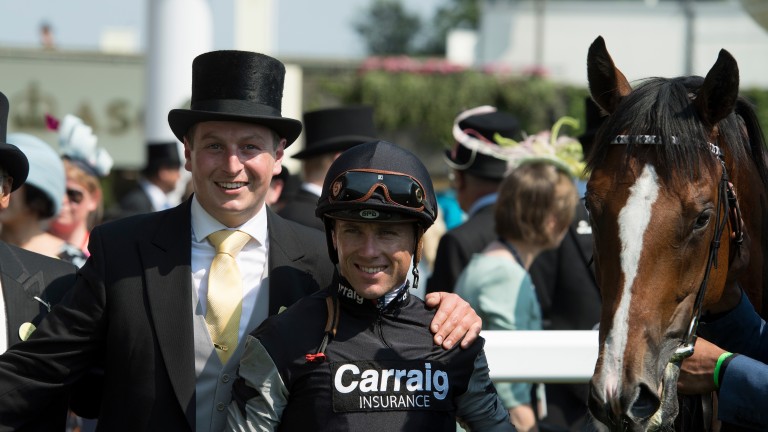 Rajasinghe: could be heading back to Royal Ascot
Edward Whitaker
1 of 1
By David Baxter UPDATED 12:32PM, MAY 8 2018

The colt gave trainer Richard Spencer his biggest winner to date when scoring at Royal Ascot and he then went on to finish third in the Group 2 Stakes at Newmarket's July meeting.

But efforts to stretch Rajasinghe's stamina out to a mile have so far been unsuccessful, as he finished down the field in the Breeders' Cup Juvenile Turf, before only beating one runner home in the Guineas.

Spencer is now considering all options for the son of Choisir, and said: "We have obviously got to go back to the drawing board. The first impression was he didn't stay. We will probably see him dropping back in trip now."

With sprinting a potential plan for Rajasinghe, a return to Royal Ascot could be on the cards next month, as Spencer added: "There are a few options for him in the next month up to Ascot. He could drop back to six for the Sandy Lane at Haydock.

"He is not in the Commonwealth Cup but that doesn't mean we won't run him in it. He seems fine and hopefully we can get him back on track because he is definitely better than what he has shown."

Spencer could have more immediate success at Ascot this weekend, with Keyser Soze installed favourite for this Saturday's totescoop6 Victoria Cup.

The four-year-old heads the market at 7-1 and was a close third on his seasonal reappearance at Newbury last month, having come from last to first only to be picked off late on.