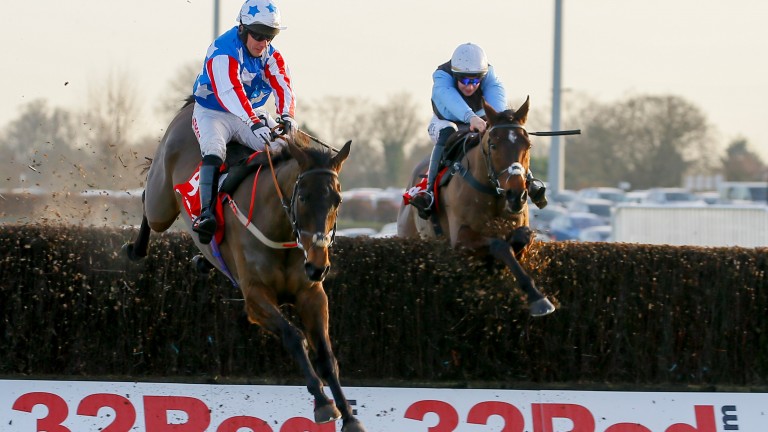 As flying visits go Sally Rowley-Williams could not have timed hers any better as six hours after landing at Heathrow she revisited the Kempton winner's enclosure with Special Tiara.

"The last time I was here and the last time he was here it was when he won the race in 2014," said New Yorker Rowley-Williams, who moved to Florida in August after 30 years in Britain.

Special Tiara is clearly a happy traveller himself as he has spent nearly as much time in Britain as in Ireland, recording his last four wins on the 'other' side of the Irish Sea.

What some had billed as a match between heavyweights Special Tiara and Sire De Grugy was over by the second fence, where the 2013 winner clumsily hit the top and landed steeply, sending Jamie Moore out of the side door after a valiant effort to stay aboard.

Instead the Grade 2 turned into a different match, with Special Tiara having to work hard to see off Haldon Gold Cup winner Sir Valentino.

Noel Fehily, completing a four-timer in the first four races, said: "I thought he won it quite nicely – Sir Valentino is not a bad horse and ran well in the Tingle Creek."

Special Tiara's owner is hoping there are a few more high-flying days left in the nine-year-old, whom she will take time out to return to see run. 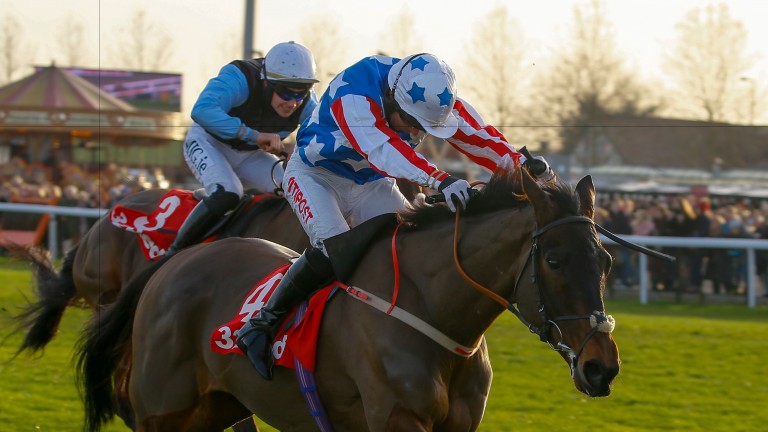 "I get a bit more sleep on the plane," said Rowley-Williams, who will miss the run of Motown Bob in a novice chase on New Year's Day but has flown back three times already in the last three months.

"I'm over for a couple more days and come over for Cheltenham and the top Graded races and I hope Special Tiara will go on for another year or two.

"Henry [de Bromhead, trainer] is good for keeping these horses going – Sizing Europe was still running at Punchestown when he was 12."

Sir Valentino, who stepped in to make a race of it with the strongly backed 8-11 favourite, has even more time on his side, officially notching only his eighth birthday on January 1.

Tom George hopes he will be back for the BetBright-backed handicap chase in February, a race the trainer won in its Racing Post incarnation with Nacarat in 2009 and again in 2012.