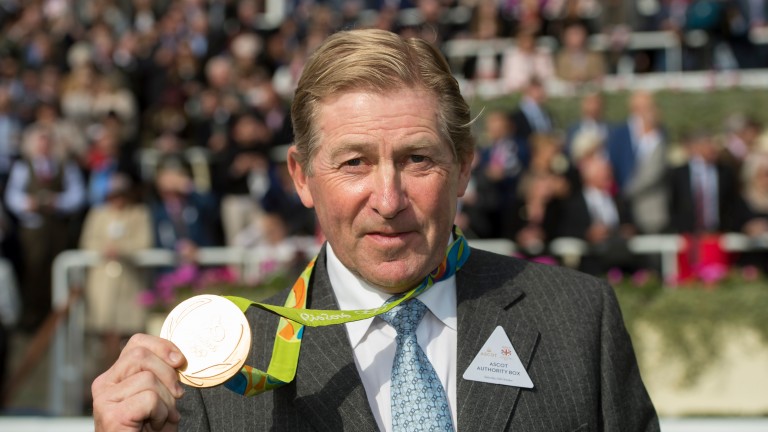 Saturday's Grand National already has many elements related to the colour red and another one emerged on Thursday after it was announced Highland Lodge will run with a red saddlecloth in honour of charity Pancreatic Cancer Action.

Highland Lodge, bought recently by Grand National-winning owners David and Patricia Thompson, will wear the unique equipment in an effort to encourage people to find out more about the signs and symptoms of pancreatic cancer and in turn change the odds of survival.

John Baker, managing director at Aintree, said: "We're delighted to be supporting such a fantastic cause and hope that the charity can raise as much awareness as possible around the Randox Health Grand National."

Highland Lodge is a general 25-1 shot in a market headed by joint-favourites Vieux Lion Rouge and Definitly Red, and Betway will support the charity with a £500 each-way bet on the the Jimmy Moffatt-trained 11-year-old.

"He's definitely the best horse I have ever had" is a quote you often hear at Aintree - but not about an animal who's carried the speaker to an Olympic gold medal.

Nick Skelton was paying tribute to Big Star, the star showjumper in Rio last year, who paraded before racing.

Skelton is retiring - "I've had a very long career and it's best to stop when you're at the top" - which may be a mixed blessing for his sons Dan and Harry, who are very much the coming thing in Midands jump racing.

Their father said: "I'll probably be more of a nuisance than I am at present!"

Those unable to watch the Randox Health Grand National on Saturday have more than one choice when it comes to listening to the great race.

As well BBC Radio 5 Live, talkSPORT will also be offering coverage, and Rupert Bell, who will share commentary with Lee McKenzie, is keen to point out that champion trainer Paul Nicholls will be on the talkSPORT 2 preview programme at 8am on National day.