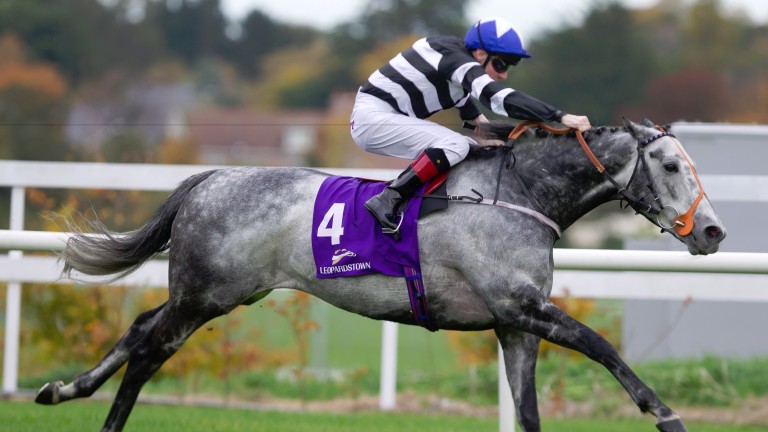 Sovereign Debt starts out on a quest to make it third-time lucky in the All-weather Mile Championships as he contests the first fast-track qualifier of the series on Wednesday.

David Nicholls' stable star has finished runner-up on finals day for the past two seasons and, despite rising eight, has looked better than ever of late, winning impressively on his last two outings.

Sovereign Debt, who has already had 12 starts in 2016, is marginally best treated by these weights but faces no easy task. He is up against talented Group-race winners Hathal and Richard Pankhurst, while Roger Varian's lightly-raced three-year-old Ennaadd is completely unexposed and adds an extra dimension to an intriguing contest.

Ennaadd has won three of his four starts on the all-weather, including winning here last time out

David Simcock, trainer of Calling Out
It is a competitive race but he goes there fresh and well and seems to enjoy synthetic surfaces. He had been running in Dubai so we put him away after his last start at Newmarket in April but he goes well fresh.

Andrew Balding, trainer of Here Comes When
There is a question mark as to how effective he will be on the all-weather as he wasn't at his best at Chelmsford, but he is capable of a good level of form on his day and seems in great form.

Karl Burke, trainer of You're Fired
It looks like a tough race but he is well and we have kept him fresh with the all-weather in mind. If he handles the all-weather well we will aim towards Finals Day, if he doesn't we will have to abandon those plans.

Roger Varian, trainer of Ennaadd
He had a little setback after his last run but is in good form and has been training well. He is rated 106 now, so he is a nice horse and we are looking forward to getting him back on track. It looks a competitive race but I think that he is quite a nice horse.

David Menuisier, trainer of Havre De Paix
It is a very good race on paper. She ran well when finishing fourth in a Listed race in France last time but she didn't quite stay nine furlongs so we are dropping back in trip. The surface is fine and I think she is better right-handed so conditions will suit.