And, then there was one – Some Plan the sole survivor 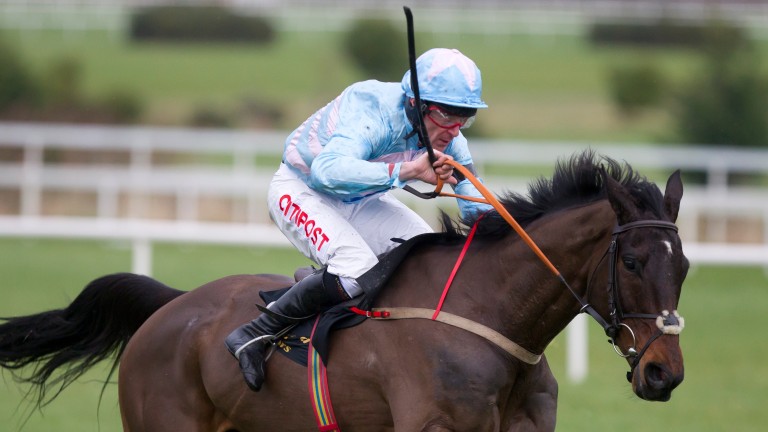 Some Plan and Davy Russell claim Grade 1 honours in the Irish Arkle at Leopardstown
Patrick McCann
1 of 1
By David Jennings 4:39PM, JAN 29 2017

Some sporadic jumping, some in-running carnage on the exchanges, some drama, Some Plan.

Four set out, only two remained after three fences. Identity Thief was first to depart the scene, hitting the top of the first fence and sending David Mullins out the side door. Bleu Et Rouge, heavily supported into 15-8 favourite, was next to go at the third. Now we had a straight shootout between Some Plan and Royal Caviar.

Royal Caviar had seemingly got the better of that argument, and hit a low of 1.1 in-running, but he toppled over at the last, leaving Some Plan as the sole survivor. You could almost hear Altior chuckling from his Seven Barrows stable.

If the Racing Post Arkle looked like a match between Min and Altior before this, it appears blatantly obvious now. Ladbrokes did not even bother cutting Some Plan, leaving him unchanged at 20-1. They pushed out Identity Thief to the same price. 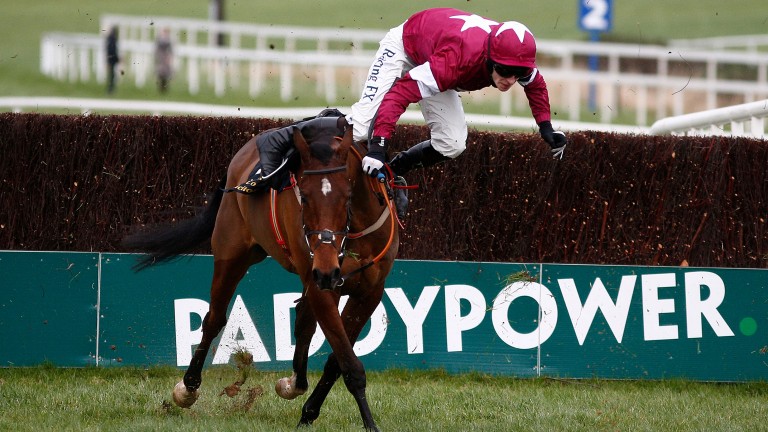 "I'm both delighted and frustrated," said Henry de Bromhead afterwards. "I'm obviously delighted to win the race but it is frustrating to see Identity Thief do what he did. Some Plan is a very good horse in his own right. He is a 145-rated hurdler who jumps quickly and, as we saw today, good jumping was very important.

"We have said all along that Some Plan would go for the Arkle at Cheltenham and I don't see why we shouldn't have a shot at it after that. He has done really well for us this season."

But, would Some Plan have won if Royal Caviar had stood up? "I don't know," was the reply from winning jockey Davy Russell.

"I still had enough in the tank to get almost upsides Ruby at the last so I'm not sure what would have happened after the last had Royal Caviar stood up. I was keen to hold on to Some Plan for as long as I could and come with one run.

He added: "I knew David [Mullins, on Identity Thief] had gone but I had no idea that Barry [Geraghty, on Bleu Et Rouge] was gone as well. You have to appreciate all the Grade 1s you win and this was a nice bonus."

The victory of Some Plan was part of a wonderful week for De Bromhead who also took the Thyestes with Champagne West and the Irish Champion Hurdle with Petit Mouchoir.