Talk of the Tracks NEWCASTLE FRIDAY 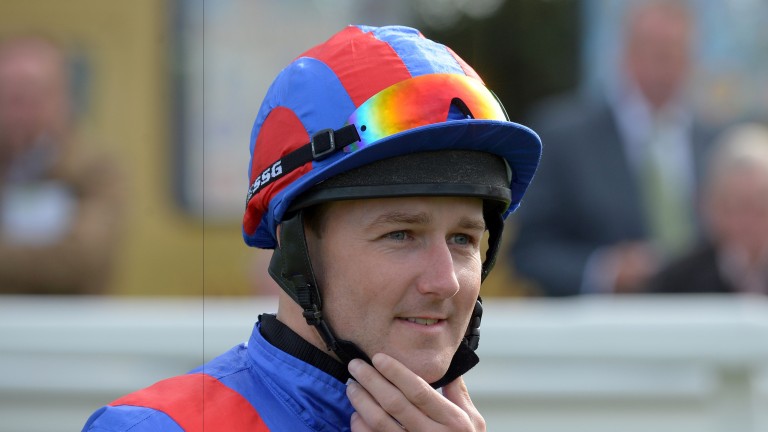 Seeing is believing. It looked highly unlikely that Native Soldier would play much part in the finish of the 7f juvenile maiden after he virtually walked out of the stalls and was several lengths detached in the early stages.

But despite that tardy start and trailing the field for a long way, Tom Queally brought him through late on to catch the dueling pair of Al Yarmouk and Envisaging to score by a neck.

The winner was the 133rd of the year for William Haggas, who trains him for Mohamed Obaida, and the winning rider said: "He was sweating a bit beforehand and I was a bit detached, but I tracked his main danger and that helped."

It was a fine afternoon for Queally as he ended up winning three of the seven races. His second success came on Just For You in the 1m2f fillies' handicap for trainer James Fanshawe.

A daughter of Fastnet Rock, she was completing a quick double for her owner JP McManus, whose Unowhatimeanharry had won the Long Distance Hurdle at Newbury minutes earlier.

Queally completed a near 120-1 treble when landing the older-horse maiden on newcomer Hackney Road from the Henry Spiller yard.

Juvenile Middle Kingdom, who was bought for 775,000gns as a yearling, did not disappoint on his racecourse debut as the son of War Front, who runs in the colours of the China Racing Club, scored in good style in a race that attracted some other expensive sorts.

Trained by John Gosden, he didn't break too well but came through strongly under Nicky Mackay in the closing stages to win going away by three and a half lengths in a time significantly faster than the preceding nursery.

The trainer's son Thady said: "He was a bit green but he quickened up well. I expect he'll now be put away until next year."

Merriment off the mark

Merriment, who was bred by the Queen but was bought for just £3,200 at Ascot last December after one run for Michael Bell, got off the mark at her sixth attempt when taking the 2m½f handicap under Graham Lee.

She is trained by Peter Niven, who is taking a leaf out of Sir Mark Prescott's book with her by having her entered again at the course on Tuesday. He said: "She's 2lb lower next week so that will take off some of her penalty."

In the opening race, Magic Journey, who was the 7-2 favourite, was withdrawn because he was unruly in the stalls. As a result, backers of the unnamed favourite in the race ended up on the winner, who was 4-1 and second favourite at the time of Magic Journey's withdrawal.

FIRST PUBLISHED 6:15PM, NOV 25 2016
He was sweating a bit beforehand and I was a bit detached, but I tracked his main danger and that helped