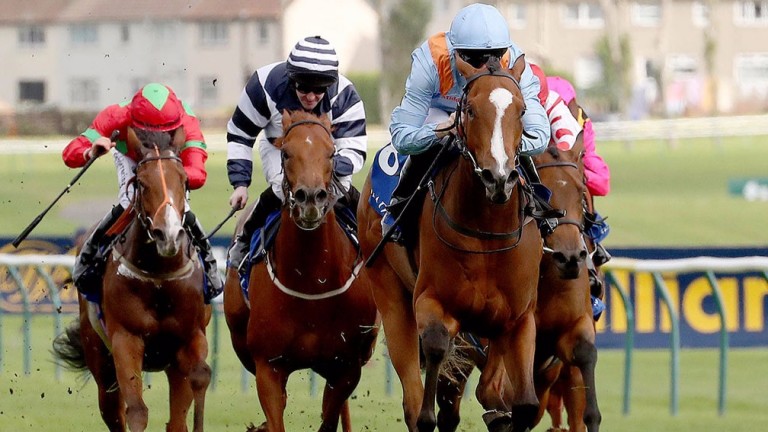 Royal Ascot pointers are on offer at Maisons-Laffitte on Thursday when several runners with Commonwealth Cup aspirations meet.

Clem Fandango and Afandem finished second and fourth behind Mrs Danvers when last seen in Newmarket’s Group 3 Cornwallis Stakes in October and take each other on again in the Group 3 Prix Texanita over five and a half furlongs.

A top-priced 40-1 for the Commonwealth Cup on June 23, Clem Fandango, third to Lady Aurelia in the Queen Mary Stakes at Royal Ascot last year, will be partnered for the first time by Gregory Benoist in the contest for three-year-olds.

Trainer Keith Dalgleish said: “It’s the right race as the ground is the easy side of good, while everywhere here is quick. She seems in good heart, has wintered well and her homework has been good.”

A winner of a Group 3 over five furlongs at Chantilly in September, the Hugo Palmer-trained Afandem is similarly priced for the Commonwealth Cup. Also entered in the King’s Stand, his best form arguably came when a close fourth in the Group 2 Flying Childers at Doncaster.

Maxime Guyon, successful on the son on Vale Of York in a Listed race at Vichy last summer, takes the ride.

Straight Right was less than four lengths fourth to subsequent 2,000 Guineas third Al Wukair in the Prix Djebel last month, having led a furlong out. Trained by Christophe Ferland, he tries a sprint trip for the first time.

Have rain, will travel

Softer ground is also the lure for Hughie Morrison, who sends Temple Church across the Channel to contest the Listed Prix Matchem for three-year-olds over a mile and a furlong.

A winner at two, Temple Church was not disgraced when fourth to Investec Oaks second favourite Shutter Speed at Newbury last month and is entered in the Derby and King Edward Vll Stakes at Royal Ascot.

Morrison said: “We want to go to a nice galloping track where we might find some decent ground that doesn’t have firm in it and we’ll find out if we’re a handicapper or a Group horse.

“He’s a very difficult horse to get fit and it’s difficult to put a finger on his perfect trip. He just needed the run at Newbury."

The William Haggas-trained Executive Force, second at Kempton last month, is also among the field of five which includes Investec Derby entry Franz Schubert, who was third to Graphite in the Group 3 Prix La Force at Chantilly last month.

Elsewhere in France on Thursday, Tawdeea, winner of the Old Newton Cup last July, takes on seven rivals over a mile and a half in the Listed Prix Bedel at Lyon-Parilly for trainer David O’Meara.

FIRST PUBLISHED 6:00PM, MAY 10 2017
It’s the right race as the ground is the easy side of good while everywhere here is quick