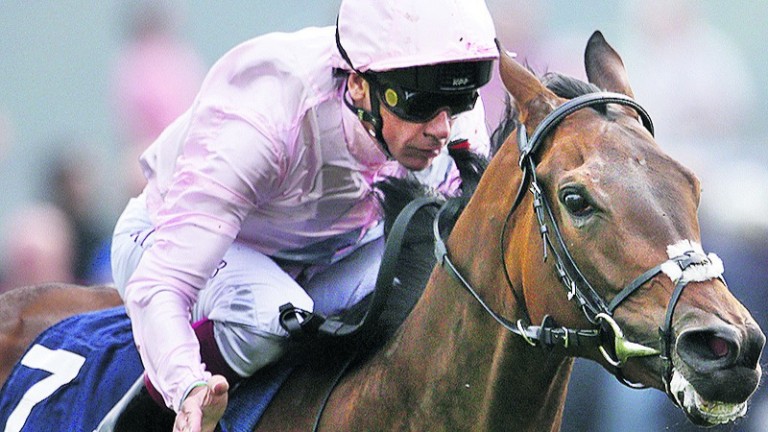 So Mi Dar is set for a drop in trip after her disappointing fifth in the Group 1 Prix Rothschild at Deauville on Sunday, with the Kingdom of Bahrain Sun Chariot Stakes at Newmarket on October 7 her next target.

John Gosden's filly was sent off the 6-4 favourite but could never land a blow under Frankie Dettori after pulling too hard in the early stages as Ajman Princess bagged a first Group 1 victory.

Lord Lloyd-Webber's four-year-old had been expected to build on her comeback fifth in the Group 1 Nassau Stakes at the Qatar Goodwood Festival, prior to which she had spent ten months out.

Gosden said: "So Mi Dar pulled too hard for her own good at Deauville and didn't get home. We now plan to drop her back to a mile for the Group 1 Sun Chariot Stakes at Newmarket in October."

So Mi Dar has not raced over a mile since winning a Windsor maiden on debut in October 2015 and has not won in three starts since landing the Listed John Musker Fillies' Stakes at Yarmouth last September, when she was chased home by Roger Varian's Nezwaah.

John Gosden, meanwhile, has just one victory in the Sun Chariot Stakes to his name, having taken the Newmarket showpiece in 1991 with Ristna.

FIRST PUBLISHED 8:48AM, AUG 23 2017
So Mi Dar pulled too hard for her own good at Deauville and didn't get home