Gearing Up For The Jumps JAMIE SNOWDEN 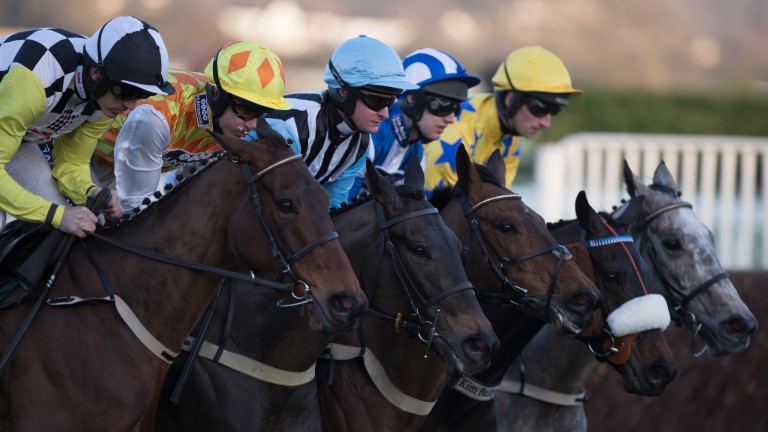 Jamie Snowden has already achieved success at the Cheltenham Festival and hopes Champion Bumper sixth Dans Le Vent – an exciting prospect for novice hurdles – can help him realise the dream once more.

Snowden, whose festival victory came with Present View in the 2014 novice handicap chase, unveiled his team for the 2017-18 campaign at his Folly House yard in Lambourn on Sunday, when 40 horses were paraded in front of 150 owners.

The trainer outlined his ambitions for the season, which include getting rid of the bout of seconditis that plagued the yard last term.

"I'm delighted with them," said Snowden, who still managed to enjoy his best season in 2016-17.

"Last year was good with 25 winners, but we had too many seconds – 37 – so it'd be nice to change around those two figures and push for some nice horses and bigger races." 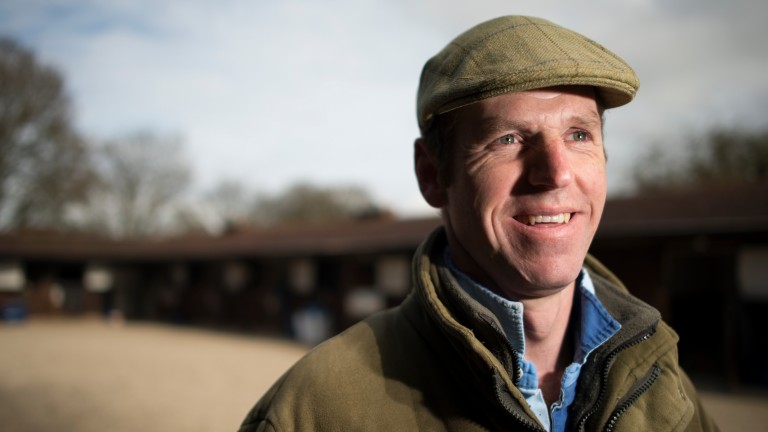 Jamie Snowden: Lambourn trainer has 40 horses to go to war with this term
Edward Whitaker

Those nice horses include Dans Le Vent, but he is not the only one thought capable of making headlines.

"Dans Le Vent is one of the main hopes," said Snowden. "He won two bumpers and was third in a Listed race at Newbury before finishing sixth in the Champion Bumper. Off the back of that, he looks good and is jumping well.

"He should be out in October. It'd be lovely to think he's a Graded horse."

Snowden continued: "Carntop, the Duchess of Cornwall's horse, has just come to us. He was second in the Lingfield Derby Trial last year for Ralph Beckett and is a nice horse, while Fact Of The Matter won a decent race at Cartmel on Monday and is going the right way. We might look at the Badger Ales with him, then possibly the Becher.

"Future Gilded is in a similar boat and one for staying chases, while he could even end up on the Grand National trail."

Adrrastos made it two from two over fences at Stratford last month and "it would be nice to think he could follow in Present View's footsteps in that race at the festival", while Double Treasure may be an improver on a sound surface after a wind operation.

Cut in the ground could help Three Ways come into his own over fences and Snowden is also looking forward to the return of sidelined trio Champagne James, Monbeg Theatre and Buche De Noel, who has "bags of class".

Of the point-to-point recruits, Kalahari Queen is a "smashing mare with size and scope", Scorpion Sid is a "proper winter horse with a fine future over fences", while Grange Ranger is another to note.

Snowden, whose string has increased to 45 from the 30-35 mark, will use the best jockeys possible and Aidan Coleman, Gavin Sheehan, Sam Twiston-Davies and James Davies can expect to come in for rides.

They will be backed up by last season's champion female amateur Page Fuller and conditional Will Featherstone, while Ollie Signy assumes outright assistant trainer duties after stable stalwart James Ward left for a City job in London with RacingFX.